You are here: Home / In Business / ‘Green’-Certified Buildings Becoming the New Normal
In Business  |  By the Numbers  |  November 2016 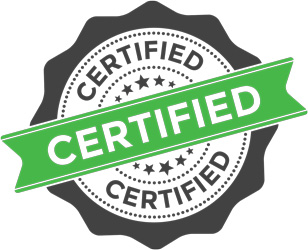 Institutional owners of office buildings continued to pursue green building certifications in the 30 largest U.S. markets during 2015. Continuing an upward trend over the past decade, green certifications are now held by 11.8 percent of all surveyed buildings, representing 40.2 percent of all office space. Both figures are slightly above last year’s results, according to the third annual Green Building Adoption Index study by CBRE Group, Inc. and Maastricht University. “Green” office buildings in the U.S. are defined as those that hold either an EPA ENERGY STAR label, USGBC LEED certification or both.

“While the rate of growth in ‘green’ buildings has slowed modestly, our latest study underscores that in most major markets, sustainable office space has become the ‘new normal,’” says David Pogue, CBRE’s global director of corporate responsibility.

After placing second on the Green Building Adoption Index the two prior years, the San Francisco market claimed the top spot with 73.7 percent of its space qualified as green certified. Chicago claimed the second spot, narrowly trailing the leader at 72.3 percent, and Minneapolis fell from the top into third spot at 60.6 percent. Houston, Atlanta and Los Angeles all also achieved more than 50 percent green certification in their office markets.

Phoenix continues to perform in the bottom half of nearly all green building statistics, and slipped two notches to 20th overall in this year’s ranking. The square footage percentage of green space also slipped a bit, to 29 percent, down from the previous year’s high of 30.4 percent. Phoenix was very consistent in its placements, as the market’s 21-percent total of Energy Star-labeled space also was 19th while the LEED footage, at 11.8 percent, finished at number 18.

In 2015, the top 100 office transactions greater than 10,000 square feet were tracked that occurred in the Phoenix Metro area. Of these transactions, approximately 25 percent, or 919,956 square feet, occurred in green buildings. Year-over-year, this is seen as a large increase as office property owners have more incentive to obtain LEED certification to attract image-conscious tenants.

According to local experts, however, it is too early to tell if green buildings are becoming increasingly popular. Many of the newly constructed office buildings in Phoenix are LEED certified, but this is not necessarily a major factor for tenants considering leases at those properties. The cost savings tenants incur by occupying a LEED-certified building are still too insignificant for them to consider this a deciding factor. Certain tenants, such as government tenants, are beginning to prefer to occupy LEED-certified buildings mainly due to internal mandates.

The overall results of the study do show that, while the uptake of green building practices in the 30 largest U.S. cities continues to be significant, the rate of adoption is slowing. “This likely reflects the fact that only a certain fraction of the building stock can obtain a green or energy-efficiency certification,” says Nils Kok, Ph.D., associate professor in Finance and Real Estate at Maastricht University. “Additionally, we believe that some buildings that were previously certified did not renew their certification in 2015. This does not necessarily mean that the energy use of these buildings has changed, but that some owners and managers may choose not to spend the time or expense to reapply for certification every year.”