You are here: Home / In Business / GPEC Initiative Comps California CEOs with Travel and an In-depth Asset Tour
In Business  |  Briefs  |  December 2012 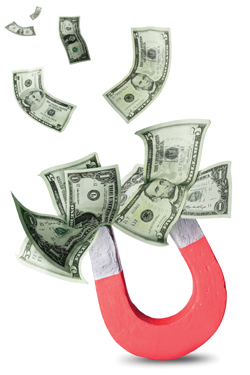 Putting its money where its mouth is, the Greater Phoenix Economic Council is treating CEOs of qualified California-based companies — high-tech companies, emerging technology companies with compelling intellectual property, or those with corporate facilities with 200 or more employees — to airfare, transportation and hotel accommodations to bring them here for an insider’s look at the Greater Phoenix market. Launched in early November as “California 50,” its number was doubled to 100 almost immediately as GPEC received tremendous response.

Although noting, “In Arizona, we need California to turn its economy around — we depend on it,” GPEC President and CEO Barry Broome observes that many businesses are looking to leave the Golden State in the wake of last month’s election in which California voters passed Proposition 30, a $6-billion tax initiative that will raise income taxes on those making more than $250,000 annually and sales taxes on all Californians. Lately, in fact, California companies have been contacting GPEC as they consider the Greater Phoenix area for expansion or relocation of their management teams, according to Broome.

“That’s why we’re giving California CEOs a chance to preview the Greater Phoenix market and consider expanding their management teams to the region as a way to cut costs,” Broome continued. “With more than 70 direct flights between Phoenix and San Jose alone every week, it’s both convenient and cost-effective for CEOs to operate their companies while residing in Greater Phoenix.”

Over the past two years, Arizona has implemented many business-friendly policies in an effort to attract more high-capital investment to the Grand Canyon state. Visiting CEOs will be briefed on the region’s business-friendly policies, including lower capital gains taxes and a corporate income tax rate that will go down to 4.9 percent by 2017, a $9,000 jobs tax credit, an R&D tax credit and a $630-million tax credit program for export industries.

Exclusive, one-on-one visits into the market will include an in-depth industry and market overview, CEO introductions and a regional asset tour.