You are here: Home / In Business / Glenn Hamer, Arizona Chamber of Commerce and Industry
In Business  |  Guest Editor  |  January 2015 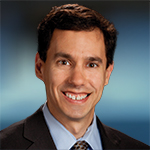 Regulation is a framework for business. It can be a strong support by which businesses can grow and thrive, but conversely can be a tight mesh of barriers that obstruct efforts by businesses to develop. Arizona is widely viewed as a state whose regulatory environment is conducive to business.

Former Gov. Jan Brewer made regulatory reform a hallmark of her administration. One of her first official acts as governor was to implement a moratorium on new regulations. Working closely with the legislature, she ushered through a number of initiatives to help make doing business in Arizona easier and more predictable, such as the MyDEQ Web portal, which allows business to more easily secure environmental permits and make payments online. Arizona’s business community is excited to get to work with new Gov. Doug Ducey, whose business background building an internationally recognized brand has given him expert insight on the negative effect red tape can have on a company’s ability to grow.

I spoke with Don Harris for his cover story on this subject, as he reached out to business and government leaders to explore the regulatory climate in Arizona. All share their views and experience on where regulation can provide opportunity for business growth and where it can be a detriment to that growth. Newly elected Gov. Ducey and other newly elected state officers also offer their views on the impact to business in the next few years.

The upcoming Super Bowl is a hot topic, and this issue’s By the Numbers feature spotlights Phoenix’s hosting of this iconic sporting event and the past and forecasted benefits to our economy. An article on the Technology page addresses cyber security concerns of business, including areas cyber security expert Hoyt Kesterson sees as dangerously misunderstood. Business slander is the focus of this month’s Legal feature. And for the Roundtable discussion, marketing professional Charles Shillingburg considers an often-overlooked aspect of branding: the businessperson’s personal brand.

In a feature on Leadership, Michael Houlihan and Bonnie Harvey ask businesses to assess the pervading attitude among their work force. Recognizing how this impacts productivity, they offer strategies to kindle an entrepreneurial spirit that can create a positive energy throughout the company that, in turn, creates a positive impact on its bottom line.

Presenting a broad range of topics, In Business Magazine continues to be a relevant resource with in-depth articles to serve the Valley’s business community from startups to major corporations. I hope you enjoy this January issue, and here’s to a prosperous 2015.

Glenn Hamer has been president and CEO of the Arizona Chamber of Commerce and Industry since 2006. He has overseen the organization’s development into one of the most respected pro-business public policy entities in the state, and has led the business community’s successful advocacy for passage of landmark economic competitiveness packages that have dramatically improved Arizona’s job creation prospects. He was named Best Powerbroker by the Arizona Capitol Times in 2013 and 2014, among other recognitions.

The experience he brought to the Chamber includes having served in high-profile leadership positions in the solar industry, as chief of staff to Arizona Congressman Matt Salmon, and as executive director of the Arizona Republican Party during a winning U.S. Senate race.