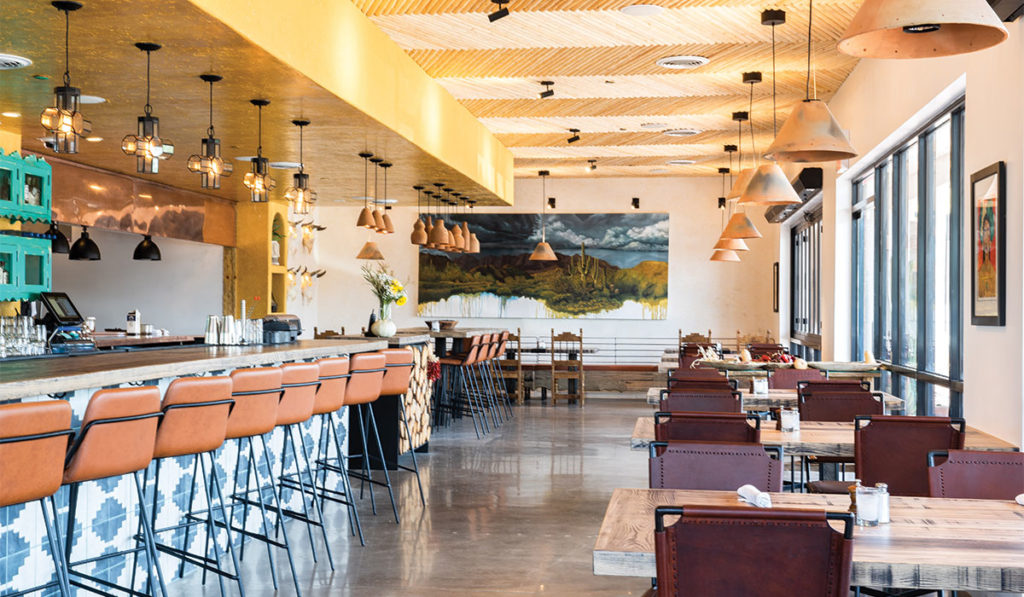 A Southwest menu may conjure up images of tacos and enchiladas, and, in that regard, Ghost Ranch doesn’t disappoint. But there are unique surprises as well. The grilled trout is a standout, the spice notes of its preparation more than honoring its Southwest setting. Served liberally covered with a salad of fresh greens and root veggies (with colorful varieties that add to the visual impact), this dish is for hearty appetites. Chef Rene Andrade has also created an exceptionally refreshing ceviche that breaks away from tradition with its green aguachile sauce of lime and serrano chiles. Made with jumbo shrimp, cucumber, cherry tomato halves, Mandarin orange segments, and slices of radish and red onion and Fresno chiles, this appetizer is plenty big enough to share (it also works well as a salad for one). As to the enchiladas alluded to above, these include a tasty one made with Chile Colorado, braised pork and Chimayo chile that is ladled with a rich yet mild red sauce and served with ranchero beans side by side with a flavorful white rice. Not to be overlooked is dessert, which also shows a Southwest twist: Burnt Banana, served with a corn ice cream under a caramel sauce, and Chile Chocolate Cake — the spice giving a great new dimension to the chocolate — served with an avocado lime sauce and coconut gelato. 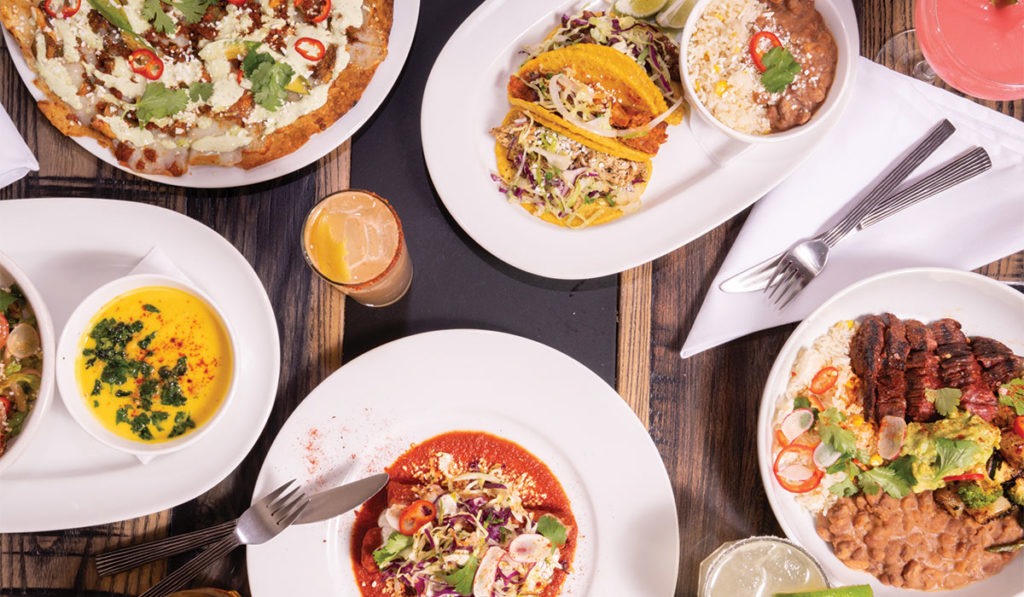 An assortment of beverages includes beer — bottled and on tap, wine and specialty cocktails. If the workweek precludes those spirits, there’s a creative variety of non-alcoholic choices beyond soft drinks and lemonade, such as the Cucumber Basil Cooler that takes lemonade out of its usual comfort zone.

The décor offers all the elements that identify it as Southwest, but in an uncluttered atmosphere whose sense of openness is enhanced by the expanse of window wrapping two sides. Southwest-style cupboards in teal blue face the entrance, and on one side is a wall sporting a collection of desert-bleached steer skulls (not real) mounted as light fixtures. The ceiling (no industrial open-vent style) is a log look finished in an alternating diagonal pattern. And it’s the cheerful sheen of hammered copper, dominating the open kitchen, that greets guests as they enter the restaurant.

The weekday menu changes on the weekend to add brunch specialties.