Business owners often don’t understand the scope and limitations in their policy, and what the real risks are 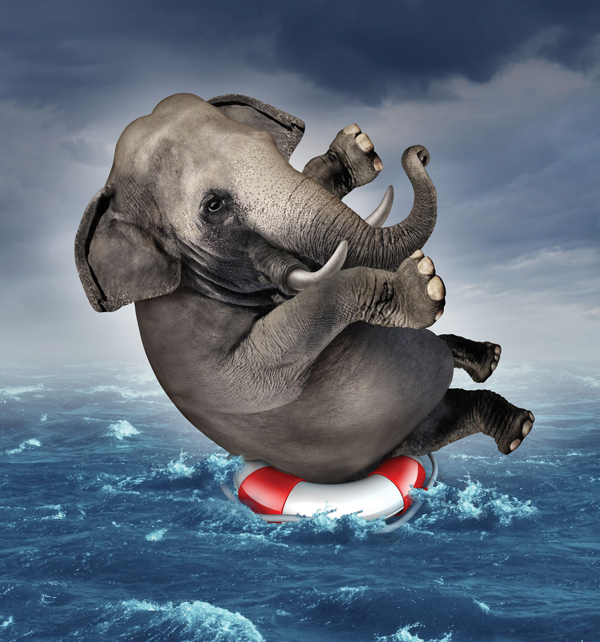 Risk. It’s a four-letter word that can have devastating effects on a business if proper insurance is not in place. According to findings from the Chubb 2013 Private Company Risk Survey, in the past three years, 44 percent of private companies experienced at least one loss event related to D&O (Directors and Officers) liability, EPL (Employment Practices Liability), fiduciary liability, employee fraud, workplace violence or cyber liability.

The report revealed a significant increase in the number of private company executives who expressed concern over risks now compared to three years ago, with the number more than doubling in exposure areas such as EPL charge or lawsuit, E&O (errors and omissions) lawsuit, cyber breach, workplace violence and benefits lawsuit. The report also suggests that “the large gaps in coverage may stem from something as basic as managers not fully understanding what is covered under their current liability policies.”

Jennifer Cranston, a shareholder at Phoenix-based Gallagher & Kennedy, P.A., has spent the past 10 years focusing her practice on insurance analysis. She works with clients who range from small businesses who need help understanding their property damage coverage to large companies who are sued for millions of dollars but can’t get their insurance carriers to provide a defense. Observing, “According to the annual reports released by our Arizona courts, civil case filings have actually been decreasing over the past few years,” Cranston says issues surrounding insurance coverage have become more complex, keeping her and her colleagues very busy. “Those of us who practice in the insurance field have perceived a rise because of the number of disputes with insurance companies over the existence and extent of coverage.”

Some factors contributing to this complexity are the increased variety of coverage available to individuals and businesses as well as the expanded use of endorsements to modify standard policy terms. Endorsements are additional pages added at the end of an insurance policy that change the coverage provided by the policy. A standard insurance policy for a business may be only 10 pages long, but will have 20-plus pages of endorsements. “The endorsements can significantly revise the coverage that appears to be provided by the base policy,” Cranston says. “Basically, there are more policy options available and the policies themselves are more complicated than they used to be.”

She agrees with the Chubb report that too many business owners and managers misunderstand the scope of general liability insurance. “Also, I think people undervalue the benefit of defense coverage — even if your business does everything right, lawsuits still happen, and insurance can cover a significant portion of the legal costs necessary to defend a claim,” she says. “Businesses should understand that insurance is only a piece of the puzzle, and that prevention and planning are also key elements to addressing the risks of loss and liability.”

Steve Leach is a partner with Phoenix-based Jones, Skelton & Hochuli, P.L.C. who has been practicing employment law for 15 years. He suggests businesses review their insurance policies with their brokers at least once a year, or when there are changes in operation, such as increasing or reducing the work force, reducing or eliminating employee benefits or if the company is contemplating a major merger or acquisition.

“Most of the time, I get called when the horse is already out of the barn,” Leach says. “For example, if I’m asked to respond to an EEOC charge, we may be in a damage control scenario because improper employment action has already happened. More sophisticated clients engage me in the employment decision-making process to avoid or minimize the problem in the first place.” Leach says businesses should be proactive with their risk management process and do an annual review of their policies and procedures. “Some lawyers will say that you don’t have to have an employee handbook,” he says. “If you do have one, make sure it is consistent with the law and that it’s simple and is focused on protecting the employer’s interests.”

Jones, Skelton & Hochuli has also seen an increase in employment cases, and Leach attributes that to the downturn in the economy when people who lost their jobs tried to recover money through litigation. “No one wants to accept they were a bad employee,” he says.

Leach also emphasizes that business owners make sure they understand their policy limits, stating that oftentimes, his clients’ policy limits are too small. “Don’t be afraid to contact your lawyer or broker before an making an employment decision. For a few hundred bucks, you could avoid thousands of dollars in damages and a nightmare that drags on forever in the courts.”