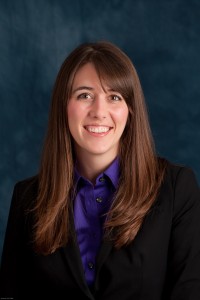 This month, the Frutkin Law Firm has announced Stephanie Fierro, Esq., has been named senior counsel attorney at the firm.

Fierro serves clients in general counsel business law and estate planning. She also has experience in business litigation and alternative dispute resolution inherent in any general counsel practice. She brings the firm a wide range of experience and interests, including all aspects of corporate transactional work, estate planning and tax representation. Before joining The Frutkin Law Firm, PLC, she managed her own law practice, Fierro Law, PLC.

“Stephanie’s contribution to the firm has grown leaps and bounds since she joined us years ago. We are excited that she has developed her expertise to take her career to the next level,” said Principal Jonathan Frutkin.

Fierro graduated from New England Law – Boston in 2005 with honors and was awarded the President Anna E. Hirsch Award for service to the law school and the Dean’s Award for making a unique contribution to the school. She earned her Bachelor of Science from Arizona State University in 2002. Stephanie currently serves as an alumni mentor for students of New England Law – Boston. Fierro is very involved in the community and has served on many not-for-profit boards, including serving as a board member for the Ahwatukee Foothills Chamber of Commerce. Stephanie is currently working with Hospice of the Valley as a volunteer on the committee for their AAHA!, An Auction of Heirlooms and Art event.

Fierro  has previously been the contributing editor for Attorney at Law Magazine and Public Accountant Magazine. As a part of her role with the firm, Fierro appears on local news stations to discuss a broad range of timely legal topics, which have included the Affordable Care Act, Estate and Tax Planning and Pinterest, to name a few.

The Frutkin Law Firm now consists of ten attorneys, with decades of experience in the core areas of business law, bankruptcy, estate and tax planning and civil litigation.