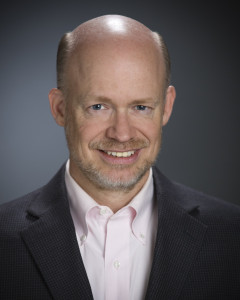 After more than five years in a key role at the Flinn Foundation, Executive Vice President Cathy McGonigle has announced her retirement. McGonigle’s departure June 26 will trigger three additional leadership changes at the Foundation.

McGonigle arrived at the Foundation in 2010 and has provided strategic management across the Foundation’s program areas. Among many accomplishments, she led the design and early implementation of Flinn’s newest program, the Arizona Center for Civic Leadership; developed an initiative to support early-stage bioscience firms; and oversaw the update of Arizona’s Bioscience Roadmap for its second decade.

“Cathy’s 46-year career testifies to how one person’s talent, commitment and smart decisions can benefit the whole community,” said Jack B. Jewett, president and CEO of the Flinn Foundation. “She had a distinguished tenure in state and local government and a highly effective decade at the Arizona Board of Regents.

“At Flinn, we have benefitted immeasurably from Cathy’s skills in strategic planning, communication and coalition building,” Jewett continued. “In no small part because of her work, the Flinn Foundation is celebrating its 50th anniversary this year in a dynamic and promising position.”

Post-retirement, McGonigle will consult part-time for the Foundation, primarily on projects intended to advance the biosciences in Arizona.

“Brad is not just a superb writer. He’s a superb thinker,” Jewett said. “He understands the vision that Dr. and Mrs. Flinn had for this Foundation. He is very well acquainted with the philanthropic landscape and has encyclopedic knowledge of our past endeavors. In his new role, he will enhance the Flinn Foundation’s pursuit of its mission: improving the quality of life in Arizona to benefit future generations.”

Ellsworth, who joined the Foundation in 2007 as a member of the communications team, will succeed Halvorsen as vice president of Communications. In 2012, he was appointed assistant vice president of the Flinn Scholars Program. A 1993 Flinn Scholar himself, Ellsworth has achieved a record volume of application submissions and led the Scholars Program’s accelerating outreach to Flinn Scholar alumni. In addition, he has overseen the early development of a new professional-leadership internship program for current Scholars.

Lassen, the Flinn Foundation’s newest executive, is the incoming assistant vice president of the Flinn Scholars Program. Lassen joins the Foundation from the University of Arizona, where she served as associate director of National Recruitment. In that position, Lassen managed UA’s out-of-state undergraduate recruitment efforts, as well as those in central and northern Arizona. A lifelong Arizonan, Lassen holds a master’s degree in counseling and bachelor’s degree in speech communication, both from Northern Arizona University.

The initiative she will lead, the Flinn Scholars Program, was introduced in 1986 as a partnership with Arizona’s public universities to retain in Arizona the state’s most accomplished and promising high school graduates. Each spring, approximately 20 Arizona high school seniors are awarded the comprehensive scholarship, valued at more than $115,000, to attend Arizona State University, Northern Arizona University or the University of Arizona. The Flinn Scholarship is one of only a handful of foundation-sponsored merit scholarships of its scope nationwide.

“Matt’s time as director of the Flinn Scholars Program has been relatively brief but it has been impactful,” Jewett said. “Now we have the opportunity to apply his strategic and management skills in a broader way. I’m pleased that communications will remain one of Flinn’s hallmark strengths with Matt at the helm.

“And in Anne Lassen, we have an experienced, multitalented new leader for the Flinn Scholars Program,” Jewett continued. “Her excellence as a manager and her deep knowledge of Arizona’s education landscape will pay dividends for us, but even more so for those she will serve: prospective, current and alumni Flinn Scholars and their families.”

The Flinn Foundation, a Phoenix-based private, nonprofit, grantmaking organization, in 2015 is celebrating 50 years since its founding by Dr. Robert Flinn, a cardiologist and one of Arizona’s leading medical practitioners, and Irene Flinn, a woman of considerable wealth and generous philanthropy. Dr. and Mrs. Flinn created the privately endowed organization in 1965 with an elegantly simple mission: “To improve the quality of life in Arizona.” The Foundation supports the advancement of Arizona’s bioscience sector, arts and culture in Arizona, the Flinn Scholars Program and the Arizona Center for Civic Leadership.