How Does the Fitness Sector Shape Up? 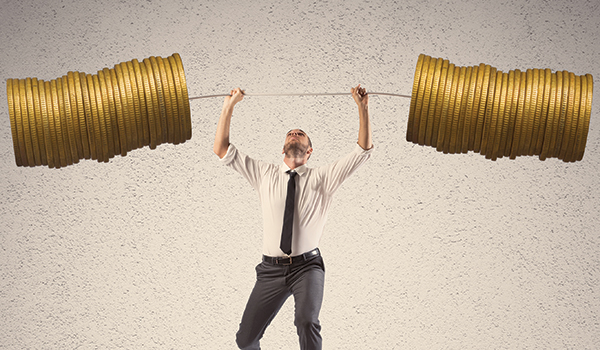 When it comes to staying fit in Phoenix, it can be easy as climbing Camelback Mountain no matter what time of year it is. But many fitness operators have bet people want a little help even in what has been a challenged economy, and that bet is paying off.

For Becky Renner, an Arizona regional developer for Orangetheory Fitness, the area’s outdoor recreational opportunities are, indeed, a competitor, along with other fitness operators here. “It’s just a fit city,” she says. Rick Berks, founder and president of YouFit Health Clubs, voices a similar view. “Phoenix, with so many different players, is a very competitive market,” he says. But as long as people always want to get in shape, says Whitney Jones, owner of AZ Pro Physiques, “there’s enough business to go around.”

There definitely is industry growth in Arizona. According to InfoUSA, there were 453 health and fitness clubs listed in the Yellow Pages in 2009. By July 2013, the total for the state was 584 — a 29-percent increase. In the Mountain region, only Colorado was better, with 640 clubs and a 33.9-percent increase in the same period. For the entire region, there has been an overall increase of 15 percent — about half the rate for Arizona.

Renner, Berks and Jones see positive results from their efforts, especially with customers wanting to meet their needs with different levels of service. There are nine YouFit locations in the Phoenix area that serve more than 50,000 individual members in energy-efficient facilities. Throughout the nine studios of Orangetheory, its group sessions serve 5,000 members. For those looking for a one-on-one experience with a trainer, AZ Pro Physiques’ lone studio in Gilbert counts 450 clients.

And there are some customers who want that something extra, and this is the niche targeted by the three Village Health Clubs & Spas. While the clubs have the basic exercise equipment found elsewhere, says President Carol Nalevanko, there’s also a large social component to the clubs that includes cooking classes and triathlons. “They’re looking for total healthy lifestyles,” she says of the 20,000 members who come from the high-income communities surrounding the clubs. “But you have to be on your toes to be high-end.”

Groups also are at work at Orangetheory, where each franchise location offers nine to ten different one-hour sessions daily, with a trainer leading each group of up to 24 people. Instead of paying a personal trainer $50 to $70 an hour, Renner says, the session is $10 per group member. “I call it personal training on a budget.”

For those who prefer personal attention, most customers at AZ Pro Physiques’ have half-hour sessions or up to an hour, depending on the client’s physical level of activity or goals. With 18 full-time trainers, it’s the biggest personal training studio in the state, says Jones. The specialized sessions are sold in packages, with rates based on the amount of floor time spent with a trainer. In addition, those packages contain meal and cardio plans plus workouts outside the studio, but “we just don’t charge for each of these things,” she says.

Although their types of customers and needs vary, all four clubs share something in common: growth. Even during a slow economic recovery, client bases and numbers of locations have grown. For Orangetheory, the membership base almost doubled and six studios opened in 2013 alone. “People are spending a little more on themselves each year,” says Renner, noting six more locations are expected to open in 2014. She and her husband own the Chandler and Mesa locations, with their next opening in south Chandler in January and perhaps another within a few years in Tucson.

When AZ Pro Physiques opened in early 2010, it already had 60 clients ready to go. By the end of the first year, the need for more space arose. With some clients even flying in to meet with their trainers, the studio was expanded in 2012 to 5,000 square feet in separate studio suites. “We’ve already advanced to what we thought would take five years,” Jones says of a loyal client base that extends from Avondale to New York, plus some who are international. According to the International Health, Racquet & Sportsclub Association (IHRSA), 19 percent of health club members stay with a club for “access to fitness professionals.”

For the Villages, construction begins in January on an 82,000-square-foot facility in Chandler. When it opens in January 2015, Nalevanko expects more than 150 additional employees will be needed to join the current 650 to 700. Berks says YouFit is considering other sites in the Arizona market but cannot discuss any until a deal is in place. Still, he feels activity will slow down as the market becomes saturated with health clubs.

During the recession, there was a loss of members at the Villages for a combination of reasons, many related to the collapse of the real estate market. “But we had enough diversity in membership so we had a slight growth,” Nalevanko says. With more than 60 percent of the Village members being referrals, the retention rate at the clubs has been a minimum 80 percent and is currently at 83 percent. She compares that to an industry average of 67 percent. While some people couldn’t afford to maintain memberships during the recession, “most of those people have come back,” Nalevanko says.

In the past year, “even those who took time off for a while” at AZ Pro Physiques are coming back, Jones says. Many of those being trained are business professionals looking for stress relief to improve their health, Jones says, pointing out the irony that, while the economy is getting better, success for those customers comes with added stress.

As an option for them and others who find it hard to get to the studio, Jones offers online training. “It’s been a trend that has worked out well for us,” she says. Clients are sending pictures to trainers every two weeks to monitor their progress — a sign that this rare group can keep themselves accountable. In addition, for someone who needs some direction on a new exercise, there is Skype — or Jones can shoot and send a video from her phone. “It’s quick and easy.”

Technology is very much part of the industry’s future. “I believe members are more advanced with technology than our industry is,” says Nalevanko, who carries a more global view as an IHRSA board member. There is some catch-up to do already as members rely more on apps to help live their lives. “The consumer isn’t just thinking about fitness in four walls of the health club,” she says. “Fitness is now 24/7.”