Question: Commercial real estate has been on a hot streak for the past year and a half. There is talk now of the Federal Reserve raising the interest rate in June or July. What effect would this have on commercial lending? 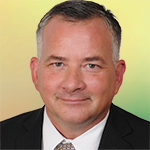 Banks already account for potential increases in interest rate when extending fixed rate pricing, and are accounting for potential additional rate increases when assessing a borrower’s cash flow and credit profile. Meanwhile, borrowers have become savvier in managing floating rate risk through hedging and other means. The Fed has been open and fairly transparent in terms of communicating strategy. In short, while we are at historic lows and expect that rates will increase in the future, both banks and borrowers that remain mindful of the environment and plan accordingly won’t be derailed by increases in interest rates.

I don’t expect an increase in interest rates to stifle the growth we have been experiencing in the Phoenix market. Thirty years ago, it was like walking into the fog; things did not get clearer until each step forward was taken and there was always a high degree of uncertainty and surprise. Now, with better and timelier communication and more practiced participants in the process, we can all see more clearly and make sound and informed decisions.

As the managing director for the Arizona Commercial Banking team for BMO Harris Bank, Tim Bruckner is responsible for oversight of business development, credit management and client relationship activities. His more than 20 years of industry experience includes an extensive breadth of knowledge in credit, risk management, loan restructuring, leasing and equipment finance. Bruckner is a Six-Sigma Black Belt and serves of the board of directors for Native American Connections.

The upcoming hikes won’t affect the market much in the short-term and should only gradually affect the market over time. By most estimations, the Fed will not raise rates abruptly, but slowly and measured over a longer period of time. The Fed’s goal is not to “shock” markets with rapid rate increases, but rather to gradually tighten monetary policy in order to keep the economy on an upward trend with low inflation.

With a gradual increase in rates, we believe the market participants in the Arizona real estate market will be able adapt to the changes. The Arizona, and U.S. economy as a whole, has improved greatly since the “Great Recession” and, as a result, the Fed will increase rates to get us back to a normalized monetary policy.

​That said, we do not estimate that the pending rate hikes will largely impact the Arizona commercial real estate market, and are encouraged that the economy is heading in the right direction.

Steven Jarosh has spent most of his 22-year career in Business Banking lending to operating companies with $1 million to $25 million in revenues. Credit needs for these borrowers include revolving lines of credit, owner-occupied real estate and equipment financing. He earned a bachelor’s degree in Finance with a minor in Accounting from the University of Northern Iowa, and an MBA from Drake University in Des Moines, Iowa. 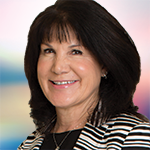 Commercial real estate has continued on in its slow and steady recovery over the past year and a half, creating a healthier, more stable, commercial real estate market than the rocket-like recoveries Phoenix experienced after previous downturns. While a slight interest rate increase will have an impact, with pricing and values recovering at a healthy pace, I expect that impact to be minor.

An uptick in interest rates translates into less cash flow for investors who use leverage to acquire real estate. This anticipated Federal Reserve rate increase is based on an improving economy, meaning the impact of rising interest could be offset by higher rental rates, translating to higher property values.

Increasing rates toward more historical norms is not likely to harm commercial lending; real estate has traditionally been a hedge against inflation. This is true specifically in instances like we expect in June or July where inflation is greater than the negative impact higher interest rates have on cash flow.

With that said, if we experience another recession then all bets are off.

Terry Martin-Denning was appointed chief executive officer of NAI Horizon in January 2015. She had previously served as chief operating officer, since 2006, and has been the designated broker since 2008. Martin-Denning has been employed in various capacities by NAI Horizon and its affiliated companies since 1985. She is responsible for the overall strategy of NAI Horizon, promoting the vision, culture and professionalism of the company both internally and externally.