Question: How are infill projects contributing to the economic growth and revitalization of our city? 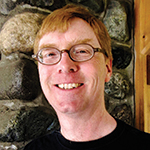 Since the 1950s, development of our cities has been outward, driven by cheap land in the suburbs. That left our downtowns to decay. We have an opportunity to take advantage of existing infrastructure and trends toward urban lifestyles to reinvigorate these areas.

Redevelopment projects, including both adaptive uses of existing building stock and infills of vacant lots, bring new investment, new jobs and higher property values to downtowns. Infill projects also have a cumulative effect, as each completed redevelopment project makes others feasible. The increased density created by infill makes everything in the city work more efficiently. For instance, density makes public transportation economically viable, which makes it possible to rely less on the automobile. That appeals to the Millennial generation and empty-nest Boomers who are looking for a walkable urban environment. Infill and adaptive use projects also tend to make more interesting, livable environments. Revitalized historic areas have a sense of the “roots” of a place and are seen as exciting and visually appealing when compared to the sanitized, homogeneous character of suburban development.

Bob Graham is a principal of Motley Design Group, Phoenix architects specializing in adaptive reuse, historic preservation and infill projects. He serves as chairman of the City of Phoenix’s Central City Village Planning Committee, as a board member of the Phoenix Trolley Museum and the Grand Avenue Members’ Association, and is founder and president of the Grand Avenue Rail Project. 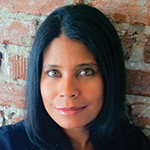 Forty-three percent of the land in Phoenix is made up of vacant lots, and we have yet to quantify all of the vacant buildings. Rather than building out, we can fill in these vacant spaces with new places to live, work, learn and play. This is infill development, which, done well, has real social, environmental and economic benefit.

Perhaps some of the most compelling arguments for infill development from the community level are the economic factors. The combined cost of housing and transportation are statistically less in compact and connected communities, allowing for more of the household income to feed back into the local economy. A 2014 study by Smart Growth America and The Metropolitan Research Center also found a direct relationship between compactness and individual upward economic mobility.

On the city level, there is competition to attract and retain talent, business and investment. Much of what drives that is the desirability of the area. Our two largest demographic groups — Baby Boomers and Millennials — are trending toward areas with access to amenities within walking distance.

Leslie Lindo is co-founder and executive director of Project Rising, a Phoenix-based incubator for infill and adaptive reuse projects. As a builder representative in the production home industry for many years, Lindo gained first-hand exposure to the unintended consequences of sprawl development. Compelled to change this standardized approach to building, she became the first Certified Sustainable Building Advisor in the state of Arizona and co-founded IKOLOJI, Inc. to advance a sustainable society through education and economic development. 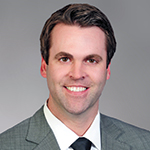 Revitalization of our urban areas is all about people and amenities. Infill projects that contribute to this revitalization should bring one or both of these key elements.

We have seen student housing and apartment development, along with new, modern office buildings in Tempe and in Downtown Phoenix that have brought many new people to those destinations to live and work. As people fill up the streets, markets, restaurants and parks in our urban areas become more vibrant. Old Town Scottsdale is a perfect example. As these places become more vibrant, the neighborhoods get more popular and then an upward spiral of positive momentum builds toward a critical mass.

Likewise, amenities such as retail, hotels, the arts and entertainment venues draw people to our city cores and enrich the urban experience. Small concert venues, art galleries, shops and local bars fill in to support the increased office and apartment populations and contribute to economic growth and sustainability of our city cores. Developers of infill projects should be looking at both people and amenities to drive their projects from concept to reality.

Mark Stratz began his office property career in 1999 representing tenant and landlords in Downtown Seattle. Since moving to Phoenix in 2004, Stratz has expanded his real estate practice to include land sales, building sales and joint ventures. Working with Tyler Wilson and Scott Baumgarten, Stratz is part of one of Cassidy Turley’s most successful office teams, completing more than 1.1 million square feet of leases since 2010.