Question: Sports as a business has a tremendous impact on the local economy; as entertainment, it affects the cultural scene of our community. Pertaining to another realm in which the major teams contribute to our local quality of life, in what ways does your organization support the community? 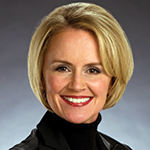 To say the Arizona Diamondbacks have a passion for community giving is an understatement. Established in 1997, the Arizona Diamondbacks Foundation supports three main areas of need: homelessness, indigent healthcare and children’s programs of all types, including education and youth baseball field development. In addition, the Foundation has established charitable programs that address the needs of veterans, educators and everyday heroes. The Diamondbacks and its Foundation have made charitable contributions totaling more than $33 million to nonprofit organizations from across Arizona — making the D-backs one of the most impactful organizations in Arizona and in sports.

Funds are raised through events such as the annual Evening on the Diamond presented by University of Phoenix, 50/50 Raffle supported by Western Refining, D-backs Celebrity Golf Classic presented by Chase, D-backs Race Against Cancer presented by Dignity Health, Diamonds Back Field Building Program in partnership with APS, and the D-backs License Plate Program. The Foundation distributes funds through our grants and Grand Slam Awards, Diamonds Back Fields, education initiatives, Youth Baseball and outreach programs, and strategic partnerships with community partners addressing complex issues facing our community. 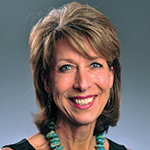 Phoenix Suns Charities was launched in 1988 with the vision to give every child in Arizona the opportunity to maximize his or her potential. The Phoenix Suns is the original professional sports franchise in Arizona and was one of the first NBA teams to form a foundation. Since its inception, Suns Charities has donated in excess of $13 million to more than 200 nonprofits.

Currently, Suns Charities grants more than $1 million annually. The charity also awards almost $40,000 annually in college scholarships. This past year, Phoenix Suns Charities created an education-based partnership with Central High School, known as “SunsCentral.” This partnership is the result of a $500,000 grant that Suns Charities donated to Central High. The program focuses on four key factors that directly impact a student’s likelihood of graduating: success in the classroom, attendance at school, mentoring and work-study.

Phoenix Suns Charities will continue to expand its outreach in the community, and is thankful to be a part of an organization that is dedicated to making big plays on and off the court.

Robin Milne, executive director of Phoenix Suns Charities, works alongside the board of directors to raise and grant more than $1 million annually to nonprofit organizations dedicated to bettering the lives of Arizona children and families. Milne, who resides in Paradise Valley with her husband, Richard, is active with ASU’s Foundation for Women & Philanthropy and Banner Health’s Alzheimer’s Foundation. 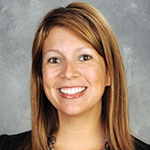 The mission of the Phoenix Coyotes nonprofit, Coyotes Charities, is to enhance the quality of life throughout Arizona communities by supporting nonprofit organizations that promote healthcare, education, cultural arts and sports-related programs for children. Our grant program gives us a chance to financially support the community and opens the door to volunteer opportunities as well. Our players, mascot, cheerleaders, NHL alumni and management staff make several appearances throughout the year at local nonprofit events, hospitals, schools and community events. We are very fortunate to have generous corporate partners and individual donors that contribute to our Tickets for Kids program that allows children from a nonprofit to attend a Phoenix Coyotes hockey game. We hold free hockey clinics weekly at Valley schools, nonprofit organizations and home games to give back to the community and educate Arizona about hockey. The majority of our funding comes from events such as a yearly Golf Tournament and Community Carnival. We also have in-game fundraising through our 50/50 Raffle and Ticket Fundraising Grants. We are very proud to be a part of the Valley and are always open to new ways to support Arizona’s thriving community.

This is Kimberly Trichel’s sixth season with the Phoenix Coyotes. She has been in her current role as director of Community Relations since July 2012, overseeing Coyotes Charities and the Community Relations Department. In her previous role as manager of Hockey Administration, she assisted General Manager Don Maloney with all hockey operations-related items. Before joining the Coyotes organization, Trichel worked several years for the Central Hockey League.