You are here: Home / In Business / Ethics, Accounting and Whistleblowing
In Business  |  Roundtable  |  December 2013 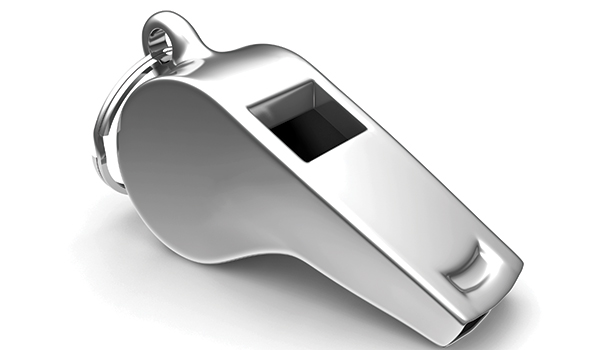 The award of more than $150,000 to a whistleblower that was announced this past October by the Securities and Exchange Commission calls attention to what some see as a shortcoming in the whistleblowing provision of the Dodd-Frank Act enacted in 2010: An employee can go directly to the SEC to report an alleged violation instead of informing his employer first. With the SEC awarding 10-30 percent of the amount levied against a company for a violation, the bounty provision sets up a tempting scenario.

To counter this, “Companies are working hard to incentivize employees to report internally,” says Steven Emerick, an attorney in Quarles & Brady’s Phoenix office who focuses his practice on corporate finance, securities and business transactions, noting the importance of creating a company culture of being intolerant of misconduct, at all levels.

If a company’s management is informed there may be a violation, it can respond appropriately before it becomes a big problem. Recognizing this, the SEC regulations include a compromise that allows a whistleblower to file an internal report first and get credit for the tip as of that date as long as he files the report with the SEC within the following 120 days. The company, then, has the 120-day window to conduct its own investigation and deal with infractions. But it remains under the gun, as the employee could decide at any time during those 120 days to file with the SEC.

“The company must take the matter seriously even if it knows the allegation is based on incomplete information,” says Michael Fahlman, a partner in Forensic Valuation Services at Grant Thornton in Phoenix. An employee may see only part of the story and conclude there is an ethical or compliance issue, and may continue to bring it up. When the company responds, says Fahlman, “Be sure to provide enough information to the person to satisfy the allegation so he doesn’t continue to bring it up.”

Not all violations are in regard to financial malfeasance, points out Fahlman, but both the level of interest and the stakes involved are higher if the allegation involves financial statements than if the issue is employee fraud or theft.

And the Dodd-Frank Act, by expanding the SEC’s bounty program for whistleblowers, presents a potentially distorting influence on corporate governance. “It results in expensive investigative efforts,” Emerick says, noting that companies previously could have explored allegations and then decided they were not worth a full-scale investigation. “But when the SEC comes calling, a company needs to have performed a comprehensive review; it can’t be in the position of having the SEC inquire about a whistleblower tip and the company not having done absolutely everything to examine it.”

Fahlman suggests an initial response is evaluating who the stakeholders are, which can be shareholders, employees, regulators, outside auditors, vendors and customers. “Manage the information flow so the company is putting itself in the best position to deal with the severity of the issue yet be responsive to the company’s various stakeholders.” As to whether the investigation should be done by in-house or outside auditors, he says there are no firm guidelines, but usually an outside professional will be hired in cases of financial allegations against a public company, to make sure there is a level of objectivity and independence in conducting the investigation.

Whistleblowers are protected under the Sarbanes-Oxley and Dodd-Frank acts against retaliation. Marian Zapata-Ross, an attorney in Quarles & Brady’s Phoenix office who practices in the area of labor and employment law, points out that whistleblower protections under the Patient Protection and Affordable Care Act are much broader. Any employee who provides information about a PPACA Title I (providing quality healthcare for all Americans) violation is protected against adverse action or retaliation, as is any employee who refuses to participate in an activity if he has a reasonable belief that the activity violates the Act’s mandates — even if, in fact, it does not. Furthermore, “retaliation” is broadly construed as any change in employment condition after the employee engages in the activity.

Also, if an employee receives a healthcare subsidy and, as a result, receives a change in employment condition, the employee could argue he is being retaliated against. “The employer may have a good reason for the change, but the timing raises the question,” Zapata-Ross notes.

She points out two other significant aspects of the whistleblowing protection in regard to PPACA: Someone other than the employee can bring a claim on the employee’s behalf; for instance, the employee may be a quiet type of person, but the spouse may be more outspoken. And if there is any retaliation, the employee need only show that the protected activity was a contributing factor in the adverse employment action to prevail in his complaint.

What’s important for employers is to have clear policies regarding the prohibited concern, says Zapata-Ross. “Consistently enforce them, and document carefully all infractions and the disciplinary action.”