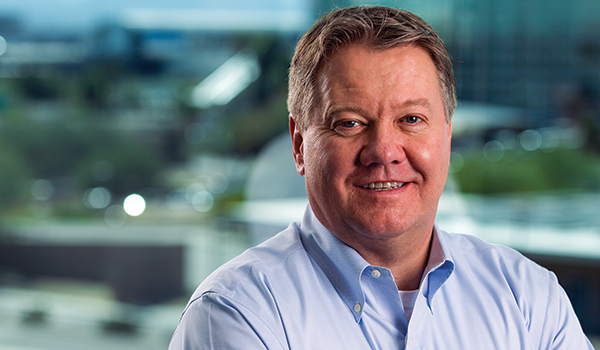 To Erik Olsson, when he came on board with Mobile Mini, Inc. two years ago as president and CEO, the company seemed somewhat complacent in its success. “It was a little bit of a sleeping giant, although it was a great business in itself and had done well for many years. But even though it had been public for 20 years, the company had always been run by the family of the founders,” Olsson says. Renting portable storage and office containers and specialty containment products, such as tanks, pumps and filtration systems, Mobile Mini’s product line is used across industries as diverse as construction, retail, energy, utilities, mining, government and education.

Olsson saw the opportunity to take something that was already great and make it phenomenal. To accelerate the growth of the company, he decided to transition a large portion of the company’s leaders. “Sometimes, when people spend their whole career in one company, they don’t know what they don’t know. I wanted to bring in processes and views and strategies to bring the company to the next level, and it really starts with people.”

In the two years he’s been with Mobile Mini, Olsson says he’s transitioned around 60 percent of the company’s leadership positions, from branch managers on up. Some were ready to retire, others chose to leave on their own and some employees were let go. “To be successful as a CEO, you have to surround yourself with the best people possible. I raised the bar and expectations, and a lot of people didn’t want to change or couldn’t change.”

As he brings new people on board with Mobile Mini, Olsson keeps one key motto in mind: Hire for character; train for skills. “In most companies, people tend to focus on skills when they are hiring someone to fill a position, but they forget about character,” he says, adding that he feels this can definitely lead to problems. “Life is cruel that way; we can’t change our characters. So if we find people with the right urgency and drive, those are the people we are looking for.”

To help hire these passionate people with the level of character he is looking for, Olsson says he relies on a combination of asking certain questions relating to the topic during the interview process, aptitude tests, and that gut feeling that the candidate will be a good fit for the company. “You have to come at it in different ways. Another way is by talking to their references. I like to make the reference calls myself, because that is when you can really find some things out about the person.”

Olsson also implemented the company’s first-ever share buy-back program and first share dividend program. “We try to take care of a lot of constituencies and, of course, we want happy customers and are aware of the needs of the employees. But we also want to be an active part of the community, and are, ultimately, running the company for our shareholders,” he says, adding that he also authorized a $125-million share buy-back program, which is now up to $175 million.

Olsson is also proud of the company’s new headquarters and national sales center in Phoenix. Recently, Mobile Mini moved into a 55,000-square-foot office at 4646 E. Van Buren Street. The new headquarters consolidates Mobile Mini’s corporate and sales facilities and will be home to more than 300 employees, including the executive team, national sales center, customer support, finance and accounting.

Since transitioning a number of positions, Olsson says he’s seen a “dramatic difference” in the company. “I’m a believer in giving people a lot of freedom combined with a lot of follow-up and accountability.”

Mobile Mini: Small in Name Only