You are here: Home / In Business / Enterprise Bank & Trust Arizona Chairman Elected to Arizona Bankers Association Board of Directors
In Business  |  Positions  | 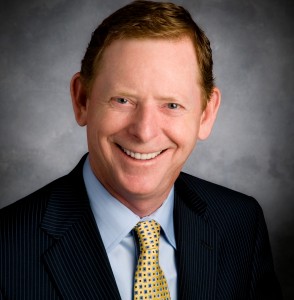 “Jack is well-respected for his leadership at Enterprise as well as for his long-standing commitment to the Phoenix community,” said Lynne Herndon, AzBA board chairman. “We are delighted to welcome him to the board as we continue to expand the scope and reach of AzBA, the voice of Arizona’s banking industry for more than 100 years.”

Barry joined Enterprise in 2008 as president of the Bank’s Arizona Region. Previously, he served as executive vice president and market leader for the former M&I Bank in Phoenix, where he was responsible for all commercial banking operations in the Phoenix area. He has also held senior management positions at the former Southwest Bank in Arizona and Mark Twain Bancshares in St. Louis, Missouri.

Barry earned a B.S. from the University of Missouri and holds a Certificate of Accountancy from the State of Missouri. He is past president of the Arizona chapter of the RMA, is a former director of the Arizona Chapter of the Association for Corporate Growth, is on the board of the Boys & Girls Club of Metropolitan Phoenix and is vice president of Phoenix Country Club.