You are here: Home / In Business / Election Lessons: No Mandate for Business?
In Business  |  By the Numbers  |  December 2012

Election Lessons: No Mandate for Business?

What direction does the recent election portend for business? 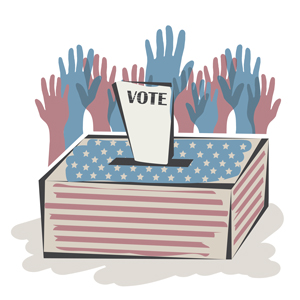 Results are in and, after an exhaustive campaign season, it seems that this year’s election has no mandate for business and we may be in for more of the same from our government. The President is as he was, the House and Senate are as they were (at least leadership-wise), and local elections and propositions seemed to say little in giving business owners any further direction.

It’s not a simple Romney vs. Obama distinction. Even in Arizona, where the ostensibly “pro-business” candidate won the state’s electoral college votes, voters defeated the “Small Business Job Creation Act” (Proposition 116). This act would have amended the Arizona Constitution to allow the state to give businesses a larger break on taxes paid on newly acquired equipment or machinery. The proposition failed despite support by Senate President-elect Andy Biggs and support by the National Federation of Independent Business. It was the only proposition on the Arizona ballot in this year’s election that was directed to strengthening the economy.

On a local level, many contests were closer than usual. And, although the state overall went for the Republican presidential candidate, Democrats made gains in the state legislature. The Arizona State Senate gained four Democrats (13 Democrats, 17 Republicans) and the House gained five Democrats (24 Democrats, 36 Republicans).

As a result, Arizona business owners may expect to see more of the same as they decide what to do over the economy. Unchanged are: Obamacare is moving full-steam ahead and will take full effect as regulators determine how to implement changes; the battle will continue over top-end taxes, potentially increasing taxes for some small businesses; corporate and investment taxes will fall from the current rate of 35 percent (Obama’s proposed
28 percent slightly higher than Romney’s proposed 25 percent); regulations remain intact, so no rollback of the Dodd-Frank Wall Street Reform and Consumer Protection Act or changes to Sarbanes-Oxley financial reporting law; and stimulus spending will continue to be a real option.

While more of the same may keep business second-guessing what the future of the economy will be, perhaps the only “mandate” that voters expressed is that there are no easy answers to fears regarding jobs and the economy.

Source: Arizona Secretary of State. All results are as of time of press.