Use rights and impairment issues may collide 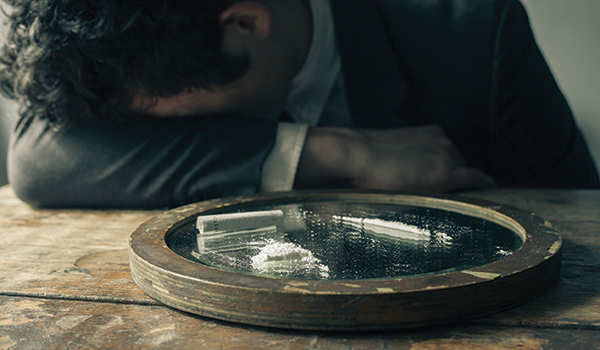 Drug and alcohol abuse costs business multiple billions of dollars in workers’ comp accidents, increased healthcare costs and productivity, including theft to fund the habit. Says Julie Pace, partner at The Cavanagh Law Firm, “There are all kinds of reasons why employers should care about having a good drug and alcohol policy, making sure they test on it, [because of] its impact on the workplace and the bottom line.”

This creates a dilemma for the employer, explains Mike Moberly, shareholder at Ryley Carlock & Applewhite. Employers face liability if an employee causes an accident but also face potential discrimination charges if they take employment action against what is now a protected class. “There’s some talk of doing away with testing for marijuana,” Moberly says. “If an employee does cause an accident and the employer had evidence that the employee was a user and didn’t act on it, there could be action by the third party against the employer and probably the employee.”

In the mix of issues arising from the Medical Marijuana Act is the fact that marijuana is still illegal under federal law. “The federal justice system tends to be acquiescent to state laws,” Moberly says, “but there is the federal preemption issue — so if an employer violated an employee’s rights under the state’s marijuana law, he might, potentially, have a defense because it’s still illegal under federal law.”

A complicating factor in testing for marijuana use is the most common test does not test current impairment. Not only does it register a positive result as much as 30 days after marijuana use, but, Moberly points out, unlike alcohol level, there is no universally accepted standard as to what level of metabolites in a person’s system is impairing.

While the law prohibits an employer from assuming there is impairment just because an employee holds a medical marijuana card, the law does not prohibit an employer from taking action if there is visual evidence of impairment in the workplace — irrespective of whether or not the marijuana use was done during the employee’s off-work hours. One strategy in dealing with suspected or observed impairment is to try to find another position for the employee, says Moberly, although he admits “that’s easier said than done” because people are qualified for one job but not necessarily for another.

Arizona has had a law since 1994 to protect the employer from liability for unemployment benefits or job termination based on a positive drug or alcohol test. Pace, who, with colleague Dave Seldon, helped get that law adopted, says that was when employers started putting detailed drug and alcohol policies in place. These commonly have three parts: pre-employment testing (for drugs only) and random testing for drugs and alcohol after employment; automatic testing following an accident; and reasonable suspicion drug testing, when a manager has a suspicion that an employee is impaired. While fellow employees may communicate a concern that an employee is impaired, Pace suggests the recommendation to test come from additional observation by a supervisor.

Safety-sensitive positions are in a different category. In fact, the Department of Transportation has specialized rules for drivers. Pace says she and Seldon drafted an amendment to the 1994 law in 2011, right after passage of the medical marijuana law, adding a provision regarding employers designating positions that are safety sensitive and allowing them to act on a drug test for such positions as long as it is done in good faith. This covers use of drugs while on work premises and during the hours of work. And, Pace notes, this covers all types of drugs.

Although marijuana is the hot-button topic right now, Pace emphasizes that she has found the biggest issues at work to be with prescription drugs. “People abuse them and are truly impaired, but employers and employees don’t treat them the same [as illegal drugs].” In fact, she points out, an employee may even send an inter-office email saying, for instance, “I forgot my medicine; can someone share theirs with me?” This constitutes illegal sharing of drugs, as a prescription is given to a specific person.

Pace suggests employers have a comprehensive drug and alcohol policy and spell out that information in the employee handbook. Items to include are a drug and alcohol testing acknowledgment form, a check list for “reasonable suspicion testing,” and a list of positions designated as safety sensitive.