Drew Alcazar: Cars in the Spotlight

Passion lies behind the Russo and Steele founder’s auction innovation 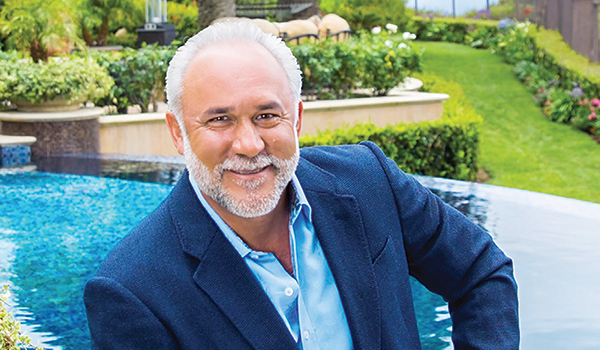 The move in October to 30,000 square feet of office in Scottsdale underscores the success of CEO Drew Alcazar’s philosophy for the Russo and Steele collector automobile auctions, which was to concentrate on creating a close-knit, emotional environment for collector car enthusiasts. “It was 2001. We weren’t sure if there was enough value to an environment strictly devoted to the auction itself,” Alcazar recalls of the decision by himself and his wife, Josephine, to create Russo and Steele. After having served as general manager of Barrett-Jackson Auction Company from 1996 to 2000, helping build the extravaganza it has become, Alcazar says he decided to focus on a market sector he felt “was not serviced at the emotional level of the car collector.”

Although the Russo and Steele collector automobile auction has now become more of an event, the actual auction is still the central focus. Alcazar created a theater-type “suspension of disbelief” environment to enhance an emotional, excited reaction among the bidders. Inspired by the Coliseum of Roman gladiators’ competitions, Alcazar designed the Russo and Steele “auction in the round,” with the car on the auction block at ground level and the seating elevated to give a 360-degree view. The visceral experience, Alcazar explains, is why electronic sites like eBay have not put live collector-car auctions out of business.

Scottsdale is Russo & Steele’s flagship auction, lasting four full days and selling about 850 cars. Three smaller auctions fill out the year — the recently added Las Vegas; Newport Beach, Calif.; and Monterrey, Calif., which was part of the calendar from the first. “Going headlong into the fog, we executed an auction in Monterrey the same year [as Scottsdale].” Alcazar admits it was an extreme effort, but explains, “It was critical that Russo and Steele was not seen as ‘Drew and Josephine doing something in their backyard.’” Monterrey was the more world environment, complementing Scottsdale’s domestic focus. “It catapulted us immediately onto the world stage.”

Alcazar maintains the same type of environment for all auctions, describing it as being “like a traveling Cirque du Soleil.” The Newport Beach auction takes place in the Back Bay area overlooking the Pacific Ocean. In Monterrey, Russo and Steele puts up its tents next to Fisherman’s Wharf. In Scottsdale, the auction is held on unimproved state land next to the northern stretch of the Loop 101 freeway. A convention center or hotel, Alcazar explains, would not create the unique environment he has made part of the Russo and Steele brand.

Integrity is integral to Alcazar’s business philosophy — “always doing what you’d said you’d do.” This includes “doing everything humanly possible to sell their cars” for the consignment clients, and “running a fork lift with your staff,” all of which has created a loyalty among the client base and staff that was demonstrated when a storm disrupted an auction a few years ago. Appreciation is still evident in his voice even now, nearly five years later, as he says, “It was gratifying to have the clients’ support.” The situation had the potential to be catastrophic but “we took the hits and kept standing, like a Rocky Balboa movie.” And, he says, “We’re stronger as a result.”

An important part of the business is building long-term relationships with contractors, sponsors and clients, which is a two-way street. “There’s a learning curve you have to put a new contractor through, and the equity your long-standing contractors have built,” Alcazar says. Not that he takes every item brought to him. Russo and Steele aims for the niche market of $50,000 to $500,000, which Alcazar identifies as the “enthusiast level.” “It’s money you can do emotionally,” he says, contrasting it to million-dollar transactions that involve conversations with estate planners and other advisors. And the auctions are for cars only; specifically, European sports cars, American muscle cars, hot rods and custom cars. “I will turn down cars that do not fit our niche market, and refer them to other auctions.”

The company that Drew and Josephine Alcazar started on an eight-foot table in a back room of their house now employs 24 full-time staff, and that grows to hundreds for each event.

Driven by Passion
In building the company, CEO Drew Alcazar says he and his wife, Josephine, were very conservative in managing finances. “Every asset was bought and paid for. We kept a zero debt ratio.”

Among the approximately 3,500 car transactions per year, Alcazar says there may be a couple dozen in seven figures. The highest price as yet was paid for a 1963 Shelby Cobra Factory Competition CSX2028 — the car used on the cover of the record “Hey Little Cobra” by The Rip Chords — which sold for $2.13 million.