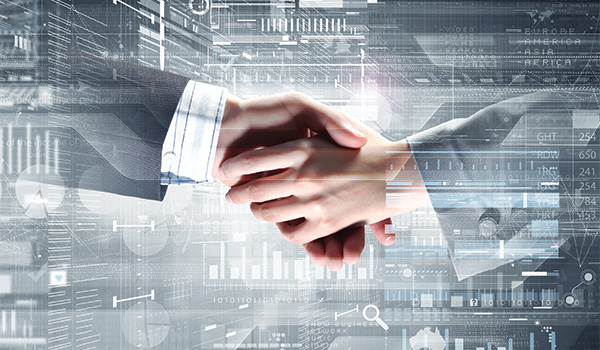 A deals market that started 2017 with energy — anticipating action by a seemingly business-friendly government — has calmed somewhat at the midway point. But with deals volume up over 2016, PwC’s Deals Mid-Year Review and Outlook finds the outlook for the rest of the year remains largely positive.

Wading through the Uncertainty in Washington

With a new presidential administration and the possibility of regulatory changes, some dealmakers expected 2017 to see more activity. So far, however, the market seems to be running mostly on its own momentum, with no significant impact from the turbulence in Washington.

The landscape still could shift if legislators repeal and replace of the Affordable Care Act and move on to tax reform, although debate over the latter could spill into 2018. For now, it helps that both private equity firms and corporate buyers have shown a willingness to deploy capital through deals. Industry convergence continues as more and more deals get announced of non-tech buying tech. Interestingly, tech buying non-tech seems to be gaining momentum.

Through May, the number of deals was up by 12 percent over 2016. Deal value has dipped, in part due to a dearth of megadeals. But recent announcements could help boost the dollar amount for total transactions. Looking across sectors, technology and consumer have accounted for about one-third of deal activity, while industrial products and financial services made up roughly one-fourth of deals — similar to this point last year.

Beyond M&A, divestitures are up 9 percent — possibly the result of companies focusing on core businesses, raising capital for fresh acquisitions or spinning off successful units. If a unit is underperforming and shareholders are anxious, a divestiture can help ward off a potential activist campaign.

Amid concerns about relationships with other nations, the U.S. remains a destination for dealmakers. While deals by U.S. companies in other countries are down from 2016, foreign investors continue to eye U.S.-based targets. Through May, the number of inbound deals was up 10 percent from a year earlier.

The pace isn’t entirely surprising. Early this year, four out of 10 respondents to PwC’s Global CEO Survey said their companies are targeting the U.S. for growth. One path is acquiring a U.S. company — for example, a tech startup that could help a non-tech business begin to reinvent itself. Even with talk of trade barriers, America still seems like a good bet to overseas investors, especially compared to less stable markets.

Holding Steady in the Second Half

With no major stumbles and a stable, if non-explosive, performance so far in 2017, deals activity seems poised to remain steady the rest of the year. Even if there’s no surge similar to late 2016, the pace would have to slow considerably to fall significantly short of last year’s overall deal volume.

IPO data was sourced from PwC’s Capital Markets Watch, Dealogic, and S&P LCD. All other figures and data quoted in the report, unless otherwise cited, were sourced from Thomson Reuters with PwC analysis.

Bob Saada is the U.S. Deals Leader with PwC’s Deals Practice, which provides a deep fluency in mergers, acquisitions and divestitures, and capital markets transactions.