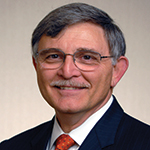 On the subject of jobs, the rhetoric can get very heated as numbers are cited and calls to action urged. Arizona’s unemployment figures during the recession were near the top in the nation, and in the recovery some sectors are complaining of not enough workers. But numbers do not define the bottom line in today’s employment picture.

Arizona is seeing growth today in almost every industry, and almost everyone is looking to hire — but not necessarily from the local population. In fact, companies are becoming more open-minded about positions being commute-able, and executives are choosing to make weekly commutes rather than relocate their families. Today’s employee is a bit different, and employers are having to attract candidates in new-found ways for what are becoming changed work environments. There are so many variables in today’s business climate that those who can take seemingly disparate issues and meld them into one actionable item are valued, and business owners and CEOs have taken a more hands-on role themselves in the hiring of new employees rather than leaving it to their HR department.

Who has the hiring power today? Those in the Human Resources realm — staffing, HR services, employers — say it’s not the employees’ market of the immediate pre-recession years. The applicant must sell his or her skill set or aptitude to the employer. But what In Business Magazine editor RaeAnne Marsh discusses in the cover story “The New Employee: Veering from the Traditional” is, businesses are finding they now need to sell the attractiveness of their job opening to the prospective employee. And there is no “one size fits all” formula for the employer to follow.

Also in this issue, attorneys Laura Antonuccio and Kiersten Murphy explore public procurement in Arizona and its potential as a lucrative and reliable source of business for both established and emerging companies. Thomas Beyer continues his three-part “Business Education” series on Internet marketing with an article that addresses a most-basic concern — what a business must do to let customers know its website is there on the Internet; what it must do to ensure customers find it. With more than 85 percent of “clicks” going to the highest-ranking websites, Beyer’s article looks at two fundamental areas of optimization: SEO and Multi-Channel Optimization. In an “Economy” feature, banker Dan Nillen explains three best practices for investors managing a commercial real estate portfolio.

This issue also includes the Arizona Leadership Forum special section, which provides an update on this initiative launched last February by National Bank of Arizona and The Phoenix Philanthropy Group to harness the combined energy of the for-profit, not-for-profit and government sectors to build our economy into the future.

I hope you’ll enjoy this issue of In Business Magazine, and am pleased to be part of this business community that does so much to empower where we live.

David Bruno is vice chairman and managing director of DHR International’s Phoenix, Ariz., office, and has been a major contributor to the company’s growth to fifth-largest search firm in the United States. His 25-plus years’ experience in senior-level recruiting encompasses organizations from 10-person firms to Fortune 10 companies, in almost every state as well as internationally.

Bruno has played an active role as an advisor director on several boards of corporations, served as the 2012-2013 chairman of the Greater Phoenix Chamber of Commerce, and is on the board of directors for Arizona Business Leadership.