You are here: Home / In Business / Daniel Lieberman, M.D.: Creating a Shorter Route to Relieving Pain
In Business  |  From the Top  |  August 2015

With an eye on medical science, technology and process, Dr. Lieberman focuses on alleviating suffering 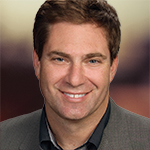 A notable feature in surgeon Daniel Lieberman’s recently opened Phoenix Spine Surgery Center gives visual manifestation to his innovative approach to healthcare: It’s the patient experience delineated in a clearly marked path in the tile floor. As one visitor expressed it to him, “This makes you feel like the whole thing is under control, and that allows you to really relax.”

The path, of course, is simply symbolic. The innovation lies in the process Dr. Lieberman has put in place to deliver his healthcare specialty — treating back pain — by bringing all steps in the diagnosis and treatment into one facility. What used to take six weeks to deliver 60 minutes of healthcare he has streamlined down to a single visit.

The standard process would have begun with a patient calling for an appointment and scheduling an MRI a week or two later, after which Dr. Lieberman would examine the patient — usually about 15 minutes. If he determined there was need, he would schedule a spinal block at a hospital, which would take another week or two, including contacting the patient’s insurance carrier. The procedure would take about 15 minutes, following which the patient would be discharged to recover at home. The patient would call back to the doctor’s office after a few hours to report if the pain had gone away after the injection wore off, which would indicate the correct nerve had been identified, at which point they could schedule the surgery — which takes about 30 minutes —a week or two after that.

Dr. Lieberman’s path to wellness starts in the welcoming area and flows to the examination rooms, the injection suite — where he can administer a block and, after a short wait by the patient in the activity room, evaluate its efficacy — on to the family waiting area and ultimately, if needed, to the operating room. Extensive documentation before the patient’s visit facilitates the process. “Our spine care specialists do a personal interview with each patient on the phone and then we ask the patient to complete a proprietary survey online, which, in conjunction with a review of their MRI, helps us accurately identify the source of their pain before they ever even walk in our door. This gives us enough evidence to go to the insurance company and get authorization,” he says, noting that, to the insurance company, the cost is the same as with the lengthier timeline. “If it’s not the case when the patient actually comes in, we can immediately not do something, but we’re ready to do something if it is needed.”

Says Dr. Lieberman, “I believe using digital intake tools and using the Internet to obtain information is the way medicine needs to be practiced to be a more consumer-centric service.”

A native Phoenician, Dr. Lieberman attended the University of Arizona Medical School, completed a three-year research fellowship at the National Institutes of Health in Maryland and a neurosurgery residency at the University of California at San Francisco — the nation’s leading neurosurgery program — and then returned to Phoenix in 2000 to focus on a neurosurgery practice, specifically brain surgery for motor disorders. Always interested in the advancement of science and technology, working together, to overcome pain and suffering, he performed surgeries that included treating patients with neurological disorders by placing an electrode in the patient’s brain and activating a pacemaker under the skin. “I’d see people go from severe shaking to no shaking. I loved seeing people realize they were going to live again.”

Gradually, his practice attracted more and more patients with spinal problems. Giving credit to orthopedic surgeon Anthony T. Yeung, M.D., of the Desert Institute for Spine Care, for the idea of using an endoscope to cut pain nerves coming out of a joint, Dr. Lieberman says he developed his Direct Visual Rhizotomy (DVR) technique. “We can understand the pain by numbing the nerve, then go in with an endoscope to identify and cut the nerve. The pain is gone, and it’s minimal surgery.” His practice has grown such that he now performs more spine surgeries than any other doctor in Phoenix.

Dr. Lieberman admits that the risk of having his own practice is “exponentially greater” than being part of a hospital system, and notes there is a trend in healthcare of physicians leaving private practice to be part of a larger network. But, he says, “Most of medical quality is based on the idea of a natural conflict between administrative and medical staff.” Noting he has practiced under both conditions, he adds, “As a smaller entity, I can be more nimble and provide higher satisfaction.”