You are here: Home / In Business / Cultivating Mobile Philanthropists
In Business  |  Nonprofit  |  May 2017 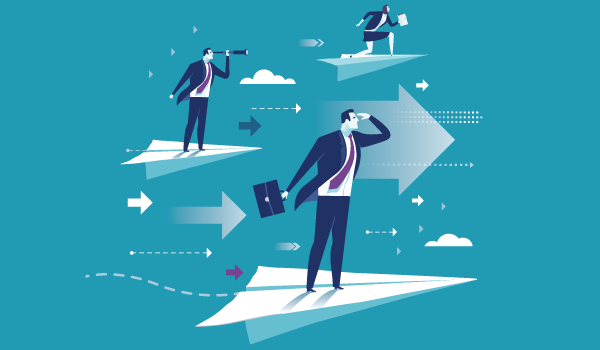 Don Budinger, chairman and founding director of The Rodel Foundation of Arizona, supports Arizona’s public K-12 schools through a variety of programs. His philanthropic endeavors extend nationally to the communities where his business, Rodel Inc. — now part of Dow — grew its manufacturing facilities and, more broadly, to national public education issues.

Budinger is among a new class of leading philanthropists who are more geographically expansive in their giving due, in part, to their business growth nationally and globally. This group generally owns more than one home in multiple geographic regions, often in resort or gated communities where they live part-time. The very things that drew them to their temporary communities — arts, the environment, exemplary healthcare — are causes they frequently support.

According to Sandy Chamberlain, former director of development at Phoenix Art Museum, many high-net-worth seasonal residents want to give to their part-time communities; he has found that, usually, they simply haven’t been approached. Budinger is no exception. A seasonal resident of California, he devised a mutually beneficial partnership with the Coronado community through the purchase and restoration of a historic commercial building he gifted to the Coronado Historical Association. “I wanted to give back. The building is an historic jewel. The Museum of History and Art gets a home, and I benefit by having an office there,” says Budinger.

The Personal Art of Breaking In

Begin with executives sitting on nonprofit boards, key stakeholders and existing donors who have relationships with high-net-worth donors in those communities. Then engage a champion from that community to introduce the nonprofit to other members. Chamberlain recommends informal get-to-know-the-nonprofit gatherings or cocktail hours hosted in a community member’s home. “This group feels comfortable in an intimate setting versus a public space, it is much more personal, and they respond better.”

Capacity, interest and access, Chamberlain says, are always key considerations. “Financial capacity is easy to identify through prospect research. The prospect’s interest in your organization’s mission can be determined through friends, golfing companions and colleagues — those personal relationships.” But access is paramount. “Without it, it doesn’t matter how deep prospects’ pockets are or how much they love and align with your cause.”

To gain access, nonprofits might consider those with the biggest personal investment in recreational or resort communities: the builders. “The homebuilders are, themselves, philanthropic,” says Deborah Whitehurst, Phoenix Philanthropy senior consultant. “They like the idea of their communities being philanthropic and may help create a connection.”

Keep in mind that nonprofit entry can be met with resistance — especially by a resort community’s general manager or recreation coordinator who may be hesitant to open the floodgates to every nonprofit wishing for access to its wealthy residents. “Approach her. Let her know a number of nonprofits in the community would like to introduce themselves,” suggests Whitehurst. “Propose a Philanthropy Day. That foot-in-the-door approach is one way to crack the code.”

An additional challenge within the second-home community is accessing those with demonstrated financial capacity but no philanthropic history. “This group can be taught the joys of giving,” says Schiller. Start slowly; instead of asking celebrities or athletes for a large gift, ask if they’ll be honored at or speak at an event. That celebrity engagement may draw other high-capacity donors and can often initiate a philanthropic relationship with a wealthy individual new to giving.

The truth is that some high-net-worth donors retreat to their second-home resort, golf or recreational community to get away from active volunteer and philanthropic participation. When they are unresponsive to invitations, simply thank them and move on.

The final lesson: “If a nonprofit is not keeping its eyes focused on every opportunity for new funding streams — including seasonal residents — it is narrowing its opportunity for donations,” says Julie Murray, principal and CEO of Moonridge Group. Don’t be intimidated. Get out there and make those personal connections.

Assuming that philanthropically minded people aren’t interested in being philanthropic even if they are in a place for only a few months is incorrect. Also false: Part-time, high net-worth residents are unapproachable, intimidating and untouchable.

“Our donors approached us because they were interested in generating goodwill and being seen not as ‘intruders’ in the community, but as caring, invested members,” says Kerry Blume, past CEO of United Way Northern Arizona, who cultivated part-time resident donors in Flagstaff’s first gated golf community.

“Don’t chase wealth,” says Ron Schiller, founding partner of the Aspen Leadership Group. “Prioritize those who have capacity, demonstrated philanthropy, and those who want to plug in with others in their community.”