You are here: Home / In Business / CopperPoint Mutual Emerges from SCF Arizona
In Business  |  Feature  |  February 2014 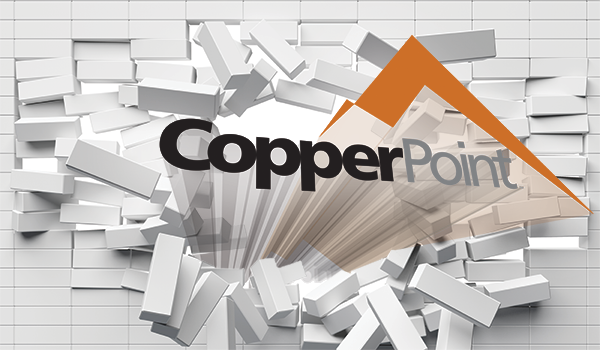 “It seemed like a natural to turn the insurance business over to the people it was created for,” says Don Smith, CEO of what is now CopperPoint Mutual Insurance Company. His 14 years with the state’s workers’ compensation insurance company included leading SCF Arizona through its transition from a state fund to a private company, officially launched this past January.

Establishing itself as a mutual company, he explains, “allowed us to maintain a lot of the same philosophy around who and why we exist without necessarily being restricted by an enabling statute that limited what we could do with the financial resources we had to manage.”

The “enabling statute” was the one passed by the state legislature in 1925 that created SCF Arizona as a state workers’ comp fund. Workers’ comp coverage for employees is required of every company doing business in Arizona, so it would seem a great business arrangement — the insurance is required, and SCF Arizona had a virtual lock on the market. As Smith explains, other carriers were allowed to operate here but only at rates higher than the state fund. One downside of the situation, he points out, is that the lack of competition discourages the company from being innovative. Additionally, being limited by the statute as to what it could do with its financial assets resulted in its being under-leveraged. Over the course of its existence, SCF Arizona had returned $350 million in dividend money, partly due to good investing and partly due to the nature of workers’ comp, which is paid out over an extended period of time rather than in quick payments, Smith explains.

“We thought we could do more for the business community and the community at large if we could use the financial leverage. To maximize benefits this organization could produce for policyholders, we needed to be out of the auspices of the government,” Smith says.

Every state agency has a sunset provision, requiring a regular review of whether it should continue to exist. SCF Arizona was sunsetted and instructed to form a private mutual insurance company. Assets and liabilities previously with the state fund flowed to the new entity as of Jan. 1 last year and the organizational transition was completed as of Jan. 1 this year.

As a private company, CopperPoint can get licensed in other states as well as Arizona. “That’s a benefit to companies that have operations in other states,” Smith says. Previously, those companies had to get separate policies for their operations outside of Arizona. While SCF Arizona had developed a work-around for this situation — working with insurance carriers in the other states to “front” the coverage — that arrangement created more expense for the policyholder.

Additionally, becoming a private company has enabled the organization to address the issue of sustainability. “‘Spread of risk’ is what makes insurance work,” Smith explains. “We had been insuring one type of coverage in one geographical area. Therefore, we were vulnerable if anything bad happened in Arizona; if any kind of legislative, judicial or regulatory issue occurred that made this line of business unprofitable.”

Smith describes the “perfect storm” he says the company narrowly avoided in 2008 that could have spelled disaster for SCF Arizona: an economic downturn of monumental proportions; a bad regulatory, judicial or legislative decision; having the financial markets tank; and heavy competition. “All but the second of these did occur, but, fortunately, the financial markets rebounded quickly.”

Even as the only real player in the state, SCF Arizona had never been required to write policy for everybody; businesses that posed too high a risk, it referred to the state’s Department of Insurance, which maintains an assigned risk pool. Guaranteeing coverage to all, regardless of situation, disincentivizes people who should be aware of what’s needed to maintain a safe workplace, Smith says. “That’s not fair to those businesses that do all the right things and earn the rates they have.” Noting the assigned risk pool is still available, Smith states CopperPoint “will never just walk away from the vast majority of businesses just because of the business they’re in. We will continue to work with businesses to establish safe workplaces.”

Businesses need “consistency in underwriting appetite regarding [the insurance company’s] willingness to write policy,” Smith asserts, relating that insurance companies of the stockholder business model have moved in and out of the Arizona market, and the lack of consistency that created for policyholders has caused disruption for them. As a mutual company, owned by the policyholders rather than stockholders, Smith says, “We’re here for the long-term and we’re here for the policyholder,” offering what he identifies as the key elements of affordability, availability and a good customer experience.

Noting CopperPoint’s plans to be a regional carrier, Smith says the new name and identity “is important to separate the company from the state, to show that the state is no longer subsidizing or influencing its operations.”