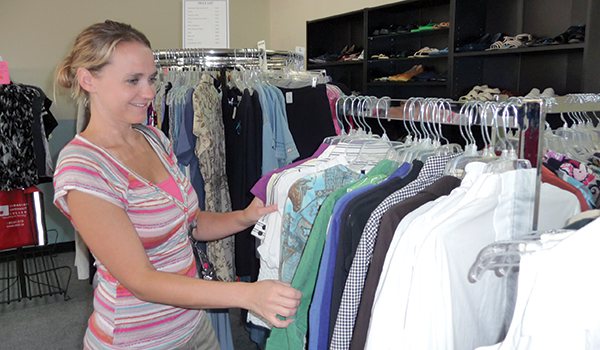 “No More Chilly Nights,” being held Feb. 1, is the aptly named chili cook-off fundraiser by The Clothes Cabin, which provides clothing — and blankets — to people in need, including abuse victims who often can carry nothing with them when they leave their home.

Begun as a sock drive under the name “One Small Step” (and still registered as a 501(c)3 organization under that name) about five years ago, The Clothes Cabin’s free clothing bank serves individuals regardless of what city they live in, and the only identification clients need is a photo ID. Clients may take up to nine pieces of clothing for each person in their family, four times per year. “So they get [clothes for] each season,” says executive director Dara Gibson.

The chili cook-off will be held in an airplane hangar at 4129 W. Milky Way, Chandler — the offices of PRS Property Management, which is co-sponsoring the event with Downtown Chandler Business Alliance. The chili competing for judges’ awards and the People’s Choice Award will be provided by the Chandler, Phoenix and Sun Lakes fire departments. Go-withs on the menu are salad, corn bread, desserts and beverages. There will also be a silent auction and live entertainment.