You are here: Home / In Business / Chris Camacho Tapped as President and CEO of GPEC
In Business  |  Positions  |

Chris Camacho Tapped as President and CEO of GPEC 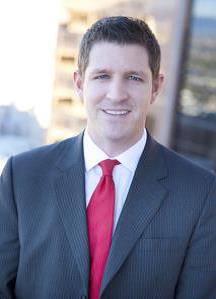 The Greater Phoenix Economic Council (GPEC) Board of Directors unanimously selected Chris Camacho as the 25-year-old organization’s fourth president and CEO during a special meeting today.

Camacho has served as executive vice president of GPEC since joining the organization in 2008. He oversaw the organization’s top line performance measures, including domestic and international business development and market strategies. Camacho has also served as a primary conduit to Maricopa County and cities in the region.

“Chris is one of the leading economic development professionals in the country and unquestionably the best candidate for the position,” said Don Smith, GPEC board chairman and CopperPoint Mutual president. “His proven leadership acumen and depth of experience will enhance the momentum of the organization and propel our work forward. Following an extensive evaluation, the board was confident in the strength of our leadership succession plan. Chris has the full support of our communities and stakeholders.”

Over the course of his career, Camacho has earned regional and national recognition. This month, he was recognized by Consultant Connect as a Top 50 Economic Developer in North America. He has served as president of the Arizona Association for Economic Development, and was named Economic Developer of the Year by the organization in 2011.

“I am fully invested in seeing the future sustainability of our region supported by significant business growth and collaborative economic development initiatives,” said Camacho. “I am humbled by the board’s decision and the outpouring of support I have received from the community. Greater Phoenix has become home to me and my family.”

During Camacho’s tenure, GPEC has led the attraction of 174 companies, creating 26,688 jobs and $2.2 billion in capital investment. Notable projects include Silicon Valley Bank, Zenefits, GoDaddy, Yelp, Amazon, Garmin and General Motors, among many others.