You are here: Home / In Business / Carla-Risha Wright Advances to Senior Sales Manager, Group at The Ritz-Carlton, Phoenix
In Business  |  Positions  | 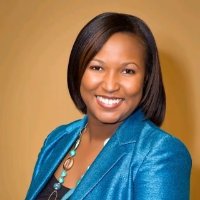 The Ritz-Carlton, Phoenix has announced the promotion of Carla-Risha Wright to Senior Sales Manager, Group at the luxury hotel in time for its upcoming 25th anniversary. In her new position, Wright will be responsible for managing large group business for the property in the Western and Southern regions of the United States.

Joseph Wronski, director of sales and marketing for The Ritz-Carlton, Phoenix, praises Wright on her promotion. “Carla-Risha has been an outstanding member of the sales team here at The Ritz-Carlton, Phoenix, and it is with great pleasure that we congratulate her on her much-deserved promotion. We have the utmost confidence that she will continue to excel in her new role.”

“I’m delighted to accept this promotion and take on the new challenges that will face me in group sales,” said Wright. “My purpose is to make the impossible possible.”

Born in Jamaica, Carla-Risha Wright is a 2004 graduate of the University of the West Indies with a degree in tourism management. She is deeply involved within the community, as she sits on the boards of directors for the Arizona Foundation for Women and the Arizona Friends of Foster Children Foundation. She is also a member of the Black Board of Directors Project and volunteers for the Leukemia & Lymphoma Society. Wright currently resides in Scottsdale with her husband, Andre, and their two lovely daughters. She is an avid reader and loves to travel in her spare time.