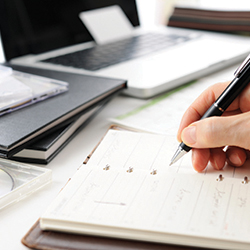 Safe businesses stand to save more money More than two-thirds of Arizona employers could see their workers’ compensation premiums reduced because of a change in the formula the National Council on Compensation Insurance uses to calculate experience modifiers.

The change, scheduled to be implemented during a three-year period beginning Jan. 1, marks the first alteration to the calculation in more than 20 years. The experience modifier, or e-mod, is the adjustment of annual premium based on previous loss experience. An e-mod of greater than 1 increases a company’s premium; the premium decreases if the e-mod is less than 1.

According to the NCCI, the plan is to double the $5,000 “split point” it applies to injured workers’ claims during the first year. It will be increased to $13,500 in 2014 and, finally, to $15,000 (plus two years of inflation adjustment) by 2015. NCCI is the largest resource of workers’ compensation and employee injury data in the nation and the advisory board that recommends workers’ compensation rates in many states, including Arizona.

NCCI values claims costs at or below $5,000 as primary losses and applies the full value when calculating experience modifiers. It defines losses above $5,000 (the split point) as excess losses and discounts their value.

However, while the split point has remained static for 22 years, medical costs have nearly tripled making the $5,000 split level arbitrarily low. The change means the calculation for full value will be three times what it is today once fully implemented in 2015.

“If you’re a safe business without many claims, this is a good thing,” said Rick Jones, SCF Arizona executive vice president, chief sales and business development officer.  It could mean a few hundred dollars savings for some companies and perhaps thousands for others.

“This change really rewards those companies that have fewer losses and could help motivate those businesses with higher losses take action to become safer,” Jones added.