When a Business’s Reputation Is on the Line 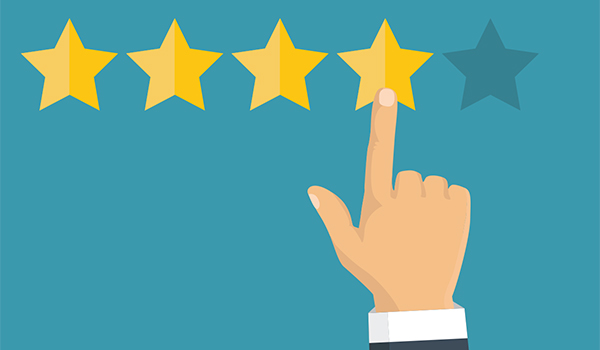 Whatever happened to the attitude that “the customer is always right”?

The airline industry has been taking its hits lately, thanks to several mishandled passenger interactions: pulling a doctor off an overbooked flight in Chicago, a dispute over a carried-on stroller in San Francisco, a couple booted off a flight in Maui when they put their baby in a seat purchased for his brother. But we’ve also heard call-center employees go off on customers, read about store employees using racial slurs, and seen deliverymen literally drop packages on front porches.

Any time an employee behaves badly, the scene is likely to be captured by at least one smartphone — and it will go viral. And yet, it happens again and again.

It could be that company policies are unclear about priorities. That leaves employees to decide, sometimes on the spot, if it’s OK to go against guidelines to satisfy the person in front of them, and whether that will lead to disciplinary action — perhaps even dismissal — later.

Take that decision-making into the real world, with stressful deadlines, cranky consumers and other frustrations, and there’s no telling which way it could go.

That’s why it’s up to company leaders to set the standard for excellence with an unambiguous customer-first goal. Let me offer a few tips on how to do that.

Know what your customers want. Ask a dozen people what they want from their grocery store, their cable provider or their airline and you’ll probably get a dozen different answers. And those answers often are counter to what the business thinks should take precedence. No matter what bias the organization has, the customers’ priorities are what count. Figure that out and build a robust product that makes the most people happy.

Don’t overlook the needs of the casual consumer. Businesses often focus on pleasing the people they think are their most valuable customers — those with power that comes from their position, personality, purse strings or proximity. But those viral videos and Yelp reviews aren’t coming from the folks in first class with the warm towels and free cocktails. Those four “power p’s” can inadvertently lead us to satisfy the wrong customers.

A new slogan or updated mission statement goes only so far. When management identifies issues like quality, leadership, productivity and competitiveness, training often is used to initiate the change. The problem is that only a fraction of those who are trained actually use what they’ve been given. There seems to be an assumption that providing people with hammers and saws will enable them to build a house. Without changed thinking, clear purpose and sufficient support, we cannot expect knowledge or tools to create desired outcomes.

There’s both an art and a science to creating a customer-centered culture.

Of course, the customer isn’t always right. But if you treat them well, in the end they won’t care about that. They’ll care only that they were heard and satisfied.

Robin L. Lawton, co-owner of C3 Excellence, is an author, customer strategist, motivational speaker, consultant and executive coach. He coined the term “customer-centered culture”; his “C3” methodology has enabled numerous organizations to achieve significant growth, and his work has been referenced by authors and experts in areas such as business excellence, leadership, customer experience and innovation. Lawton is the author of Mastering Excellence: A Leader’s Guide to Aligning Strategy, Culture, Customer Experience & Measures of Success and Creating a Customer-Centered Culture: Leadership in Quality Innovation, and Speed.