You are here: Home / In Business / Business, Social Media and the First Amendment
In Business  |  Legal  |  February 2014

What can a business do when customers rant online? 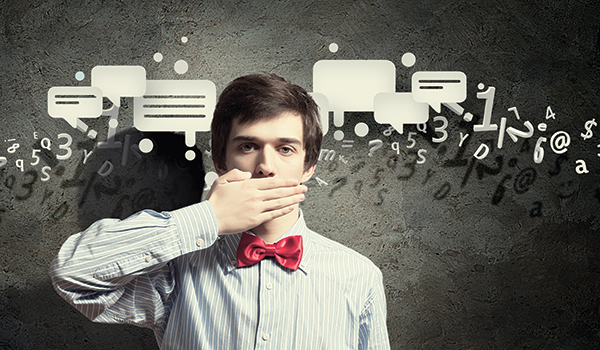 A recent court case that upheld a business’s right to fine a customer for posting a negative review on social media may have some businesses questioning: Do we have legal recourse when someone bad-mouths us? Does the First Amendment protect people who say bad things about our company?

What is often overlooked in these discussions is the fact that the First Amendment does not apply to private companies — it protects individuals against action by the government.

There are, however, rules of common law that govern if an individual speaks critically about a business, says John J. Balitis Jr., a director in the Phoenix office of Fennemore Craig whose practice specialties include labor and employment law. If someone says something critical online and it’s false and the business is damaged, it may have a claim for damages for defamation against the individual. There is also the concept of “contractual interference,” under which the statement doesn’t even have to be false — the ruling element in this case is intent. A business may have a claim if it “can show the person making the statement had malicious intent — [saying it] not because he wants to share his opinion but because he deliberately wants to actually hurt the business,” Balitis explains.

Frequently, the issue is identifying the person making the post, as most such posts are anonymous, points out Jimmie W. Pursell Jr., an attorney in the Phoenix office of Jennings, Strouss & Salmon whose practice areas are commercial litigation and intellectual property litigation. However, he adds, “Mechanisms are available to pierce Internet anonymity, including subpoenas to the website to determine the IP address of the poster and subpoenas to the Internet service provider to determine which customer is assigned that particular IP address.”

Before opting to sue, Pursell suggests the business owner weigh the potential benefits against potential negative outcomes. While posts live on forever online, they usually move quickly into obscurity as newer posts supplant their position on page one. “A suit keeps people talking,” Pursell observes. An alternative to suing, if the customer who posted the negative review is known, is reaching out to him or her and resolving the issue from the standpoint of customer service.

Also impacting any discussion of protected speech is specific contractual provisions. “Some Internet companies are inserting penalties in their terms of service in an attempt to quell negative reviews,” Pursell says. A site’s Terms and Conditions serves as a “boilerplate” contract in which would be buried the proverbial “fine print” that binds the site’s users to the terms of the contract. “If they’ve been on your site, you might have a right of action.” This does not require active acquiescence by the consumer. However, the enforceability of such contracts is questionable and may vary among jurisdictions.

Such defamation cases should not be seen as money-makers, Pursell notes, explaining, “You can’t have a penalty provision in a contract, but if it’s a good-faith estimate of damages not easily ascertainable, the court will enforce the provision.”

A business may use language to the effect of “User agrees to never say anything bad about this company on any online review site. We would be harmed by that, but the harm may be hard to quantify, so we agree to specified liquidated damages.” Liquidated damages are a specific amount agreed upon ahead of time when the company would not be able to quantify actual damages.

The concept of protected speech also does not apply in employer/employee relations. “The First Amendment does not protect against actions taken by employers in response to employees’ ‘inappropriate’ social media postings. This is especially true in fields such as education,” says Pursell. And he observes, “It’s difficult to separate your private life from your public life when you post your private life for the world to see.” It’s advisable for businesses to develop written social media policies with regard to employee accounts and public perception.