You are here: Home / In Business / Brokering Real Estate Through Extreme Collaboration
In Business  |  Briefs  |  May 2014 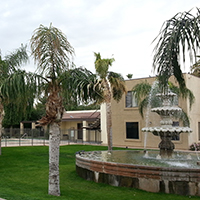 Fountainhead Apartment is an ABI Multifamily property in Phoenix

ABI Multifamily takes a collaborative approach to what has, traditionally, been a competitive one in creating a team to serve investors in the multifamily sector of commercial real estate. “We are all seasoned brokers, and we leverage each other’s strengths,” says co-founder John Kobierowski, referring to partners Rue Bax, Eddie Chang, Doug Lazovick and Alon Shnitzer.

Kobierowski says he, Bax and Shnitzer started to put the concept together a few years ago, and, with the market in the upswing now, decided to “start fresh and build from the ground up, technology-wise, systems-wise and culture-wise.” Instead of teams of extreme specialization, ABI’s concept is to build a thorough understanding of the property among the team to best bring out all the strengths of the property.

The market has been in a slow and steady climb since bottoming out in 2009 and ’10, and Phoenix, which has always been a tertiary market for international investors — who favored L.A., the Bay Area and New York — has become more first-tier, according to Kobierowski. Investors seeing flat returns in their home market have told him they see more growth potential and stability here, he relates. “It’s great to know Phoenix is finally on the radar as being a market that foreign investors can look at and comfortably invest in.”