You are here: Home / In Business / Avoid the Damage of Apologizing Wrong
In Business  |  Briefs  |  October 2019

Avoid the Damage of Apologizing Wrong

Apologies are something we love to receive and hate to give. And, especially as a leader, they are tough. They require a great deal of humility, which challenges one’s pride and ego. They are an open admission of failure and wrongdoing, but when delivered with sincerity, they hold power with one’s team.

Unfortunately, too many leaders give superficial apologies loaded with excuses and blame. Apologizing for the sake of apologizing is a non-genuine insult to those wronged. For those who want to be taken seriously in their company, it’s important to know why an apology is necessary and to deliver it in a way that’s heartfelt and honest.

Here are four ways people apologize wrong — and how to make sure to avoid making these mistakes in the next “I’m sorry”:

Not Owning the Mistake
Placing blame or trying to justify one’s actions will diminish the power of the apology and hurt one’s credibility. Using excuses to justify one’s actions or shortcomings will only intensify the feelings of rejection, animosity, anger and pain. Instead, one should simply own the mistake — acknowledge what one should have done differently and commit to making a change in the future.

Not Carefully Considering One’s Words
Before rushing into an apology, one should consider how the receiver will interpret both the words and the manner in which they are said. What one says when admitting a mistake can affect the trust to be established in the relationship moving forward. By not considering one’s words carefully, one can add insult to injury and further jeopardize the connection.

Making It Impersonal
The method of apology is as important as the message itself. One must recognize when a mistake requires a face-to-face admission and not rely on technology to do the heavy lifting; one must look them in the eye and apologize. If face-to-face interactions aren’t possible, a fallback option is to pick up the phone. It makes a difference for one to let the offending person hear one’s voice and acknowledge one’s sincerity, and not just hide behind the screen.

All of us make mistakes. Acknowledging those mistakes while taking ownership demonstrates responsibility and maturity as a leader. Apologies allow us to build stronger, more trustworthy relationships with those around us. They also help us grow as professionals and in our roles as leaders. Owning our mistakes provides a great example for our team to do the same. 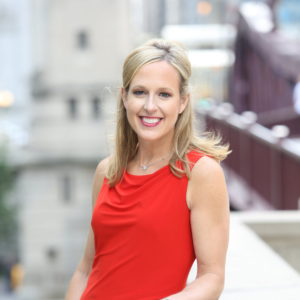 Stacey Hanke is the founder and communication expert of Stacey Hanke Inc. She is the author of Influence Redefined: Be the Leader You Were Meant to Be, Monday to Monday and Yes You Can! Everything You Need From A to Z to Influence Others to Take Action. Hanke and her team have delivered thousands of presentations and workshops for leaders of Fortune 500 companies, including Coca-Cola, Nationwide, FedEx, Kohl’s and AbbVie.