On Nov. 5, Arizona Science Center unveiled the new “Innovation Hallway” at CREATE honoring Jon Madonna, a retiring AT&T board member, and his wife, Lynn Madonna, who is a Trustee with the Center. AT&T contributed $250,000 to the Arizona Science Center in Madonna’s name to support CREATE, which is a community hub dedicated to using state-of-the-art, computer-controlled equipment to collaborate on science, technology, engineering, and mathematics (STEM) projects. AT&T also donated an additional $15,000 to support the Center’s Girls in STEM program. 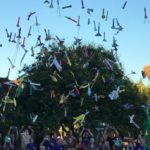 The unveiling was part of the Arizona Science Center’s 4th annual Girls in STEM event, which provided hands-on workshops mentored by women in STEM careers. Throughout the day, 150 4th-8th grade participants designed and built their own rockets, concluding with a simultaneous rocket launch event. Phoenix Mayor Greg Stanton and Councilwoman Kate Gallego were in attendance.

“AT&T strongly believes in providing STEM training to students to help prepare them for future success in the workplace,” said Jerry Fuentes, president of AT&T Arizona and New Mexico. “That’s why we’re proud to support the Arizona Science Center. It’s an investment in the future of our community.”

For more information about the Arizona Science Center, visit www.azscience.org. 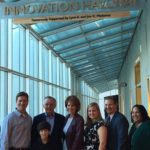