You are here: Home / In Business / Arizona Builders Alliance Announces New President and Adds New Board Members
In Business  |  Positions  | 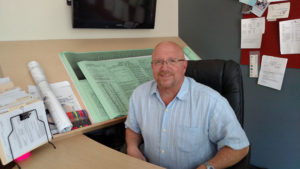 Now in its 22nd year, ABA is an alliance of the Associated Builders & Contractors (ABC) and the Associated General Contractors of America (AGC). The ABA serves Arizona’s construction industry through advocacy, education, and networking opportunities.

Epstein is one of ABA’s original members and he is proud to have maintained his membership for 22 years. A former chairman of ABA’s southern Arizona chapter, he is excited about the year ahead, especially since ABA’s membership is beginning to grow after several years of flat growth.

“Our industry is facing severe shortages of qualified trade skilled workers, and one of my priorities will be to improve our outreach to high school students who are looking for an exciting and rewarding career,” Epstein said.

“These groups are going to be instrumental in developing future leaders of the ABA,” he said. “We encourage industry professionals 40 and under to learn how our Young Builders Council can support ongoing education and networking. And, our LDF Alumni group is working to keep graduates of our year-long intensive leadership training class active within our association and connected with opportunities.”

Increasing ABA membership statewide is also a priority for Epstein, who has been involved in the commercial construction industry since 1983.

“I have gained a profound appreciation for the passion and desire our membership has to make our industry better,” he said. “The ABA has been instrumental in my own professional growth, and it is a model organization that provides multi-faceted opportunities for small business and large businesses to work together. All of us are busy with our businesses, but our members can attest that being involved on some level with ABA helps to advance our industry.”

In 1990, having passed the exam two years prior, the dream became a reality. The original business plan was to build custom homes and work from home. In 1993 Epstein Construction built out their first tenant improvement and the rest is history. The company has logged more than 2,500 various projects ranging from small office tenant improvement to new government facilities.

Epstein has been an ABA member since its inception in 1994. He has been on the State Board of Directors for the past four years and served as chairman of Southern Arizona in 2004. He is a 2013 graduate of the ABA’s Senior Executive Program (SEP).