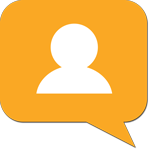 AMMO, Inc. (OTC:POWW), a premier American ammunitions developer, manufacturer and distributor, today announced it has reinforced its senior management team with the appointment of two highly accomplished executives to its C-suite.

The Company has appointed Ron Shostack to Chief Financial Officer, and Steven Hilko to Chief Operating Officer. They join Chief Executive Officer Fred W. Wagenhals, in the senior management team and are supported by an extraordinarily strong mid-management team whose new members will be announced in the weeks ahead.

In recent years, he has served as the Director of Strategic Planning for a $2 billion rollup in the staffing industry. Prior, his extensive track record of business success features AmeriCare Employers Group, a company he started in November 1992 and grew to $200 million in annual revenue before selling to NovaCare Staffing in 2001.

Mr. Shostack also has strong experience with corporate turnarounds having purchased and rebuilt a failing healthcare collections company which he expanded to 350 collection employees then sold to a major financial services provider.  He also brings strong CFO and audit experience to the Company gained at the beginning of his career as a CPA at the widely respected Laventhol & Horwath where he served as Senior Accountant.

Fred W. Wagenhals Appointed as CEO
Mr. Wagenhals, 75, is a serial entrepreneur, inventor and visionary. He is best known on Wall Street for founding Action Performance Companies Inc. (“APC”) in 1992 with a vision for creating a Franklin Mint-like company that would elevate the quality and collectability of replica die-cast race cars and other motorsports memorabilia. At APC, the Marion, Ohio native served as Chairman, President, and Chief Executive Officer.

Wagenhals’ company quickly eclipsed his original vision and evolved into a one-stop source for motorsports-related consumer merchandise. Under his governance, APC listed on the NYSE, grew product sales to over $400 million annually and, in 2005, was sold for $245 million.

During that period, Mr. Wagenhals earned the Entrepreneur of the Year award for the retail/wholesale category by The Center for Entrepreneurial Leadership Inc.; its sponsors included Ernst & Young LLP, the Kauffman Foundation, the Nasdaq Stock Market, and USA TODAY. Additionally, he received the Anheuser-Busch Entrepreneur in Residence award at the University of Arizona College of Business and Public Administration. 2010 brought his induction into the Diecast Hall of Fame along with racing legends Rusty Wallace, John Force, Don “The Snake” Prudhomme, and several others.

Steven Hilko Named COO
Mr. Hilko, 61, brings 30 years of executive experience building companies — most notably serving as Vice President of Design and Production at Action Performance Companies for eight years. There, he managed 85 employees in nine departments domestically and internationally and had P&L responsibility for over $200 million revenue of licensed/promotional products for delivery timed to specific sport events.

On a personal note, Steven is an avid gun collector and excited to be able to combine his passion for shooting with his career at AMMO, Inc.

About AMMO, Inc.
AMMO, Inc. (OTC:POWW), with corporate offices headquartered in Scottsdale, Arizona, and manufacturing facility in Payson, Arizona, designs and manufactures products for law enforcement, military, hunting, sport shooting and self-defense (www.ammo-inc.com). AMMO, Inc. was founded in 2016 with a vision to change, innovate and invigorate the complacent munitions industry. AMMO promotes branded munitions, including the Jesse James line of munitions and accessories, SHIELD Series munitions for Law Enforcement, stealth subsonic munitions and the OPS (One Precise Shot) the tactical line of defense line of munitions.