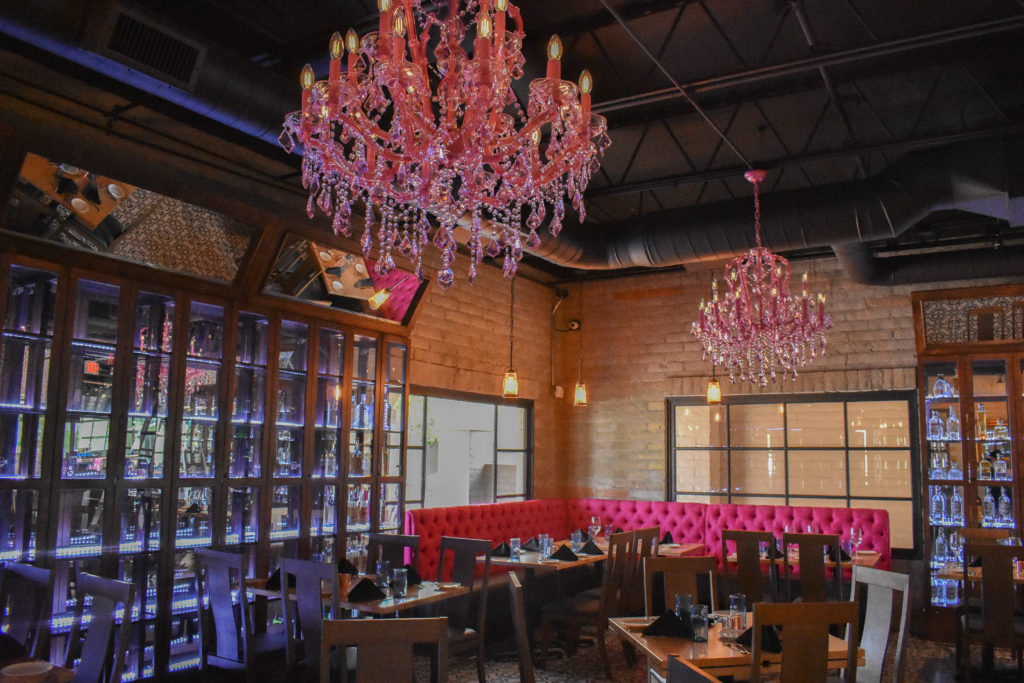 Mexico boasts a variety of cuisines that go farther “south of the border” than cheese-drenched enchiladas and fried street tacos. Delivering that broader culinary experience is the mission of the restaurateurs behind Agave del Scottsdale, where the dishes reflect flavor traditions of areas from Mexico City south.

Among the assorted tacos is Gobernador — made with shrimp that’s been coarsely chopped and sautéed so that it’s thoroughly coated in a mildly spicy sauce.

Atun is one of Agave del Scottsdale’s gourmet burritos — thick chunks of seared yellowfin tuna wrapped with plentiful salad greens in a jalapeno tortilla and served with a cilantro, tomatillo and serrano chile aioli for dipping or pouring.

Vegetarians will find several flavorful menu choices from salads to entrées — such as vegetarian enchiladas made with carrots, mushrooms, squash and potatoes in a potosino sauce; and steak lovers will be tempted with Filete Mestizo — steak that’s been pounded to thinness to be stuffed with pork chicharrón and topped with manchego cheese, caramelized shallots and epazote frito.

Tequila is not just an ingredient for Agave del Scottsdale’s varied margaritas and other drinks but is an eye-catching design element, with crystal clear bottles standing in stately array on open wooden étagères that serve to define dining areas within the restaurant. The muted décor eschews frenetically vivid color schemes to offer a relaxing atmosphere of neutral shades and airy spaciousness. Its patio exemplifies the design aesthetic of bringing the outside in, with a wall of glass panels that fold completely to the side to open the restaurant to the covered patio overlooking a fountain courtyard.

[Did You Know: Huitlacoche are also called “Mexican truffles”; similarly revered in cooking and harvested as a delicacy, they grow as a fungus on corn.]