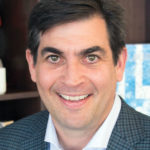 As a business leader in a for-profit company, you create jobs, build markets and grow the economy. While your achievements should be celebrated, instead they are increasingly vilified. For example, a recent Harvard University study found that 51 percent of U.S. adults under 30 have a negative view of capitalism.

This generational animosity is born out of a lifelong media diet of Enron, WorldCom, Tyco, Volkswagen and other headline-grabbing bad actors. The contemporary narrative about business has been perverted into cartoonish stereotypes of selfish, sinister bosses who exploit people and resources. Think “The Simpsons’” Mr. Burns, without the charm.

A growing number of local business executives have a different vision. We believe the purpose of business is more ambitious than the mere pursuit of profit. Profit is essential, of course, but it would be unfulfilling if it were a company’s only objective. Instead, our businesses have declared a higher purpose by which the engine of capitalism can be used to solve societal problems … while also generating a profit.

We have organized ourselves under the banner of Conscious Capitalism Arizona, and we are eager to expose other Arizona businesses to these ideas. This is why I was delighted to work with In Business Magazine editor RaeAnne Marsh for this issue’s cover story, which explores the way businesses put the concept of Social Entrepreneurship into practice to benefit our community.

These pages cover diverse other topics, from healthcare and technology to where to take a client for a business lunch. Several feature articles delve into financial issues. One looks at how the new Tax Cuts and Jobs Act impacts differently on businesses of different sizes. The examination of “How Firms Manipulate Numbers for Market Gain” was prompted by the question “How do businesses know the real strength of the firms they’re intending to partner with?” and “Money, the Final ‘Off Limits’ Topic” — the third installment of a three-part series on organizations’ role in personal finance literacy — discusses how businesses can foster open discussion to improve employees’ personal financial literacy.

Also in this issue, In Business Magazine presents its annual Giving Guide to support Arizona Gives Day (April 3). The Giving Guide, prepared in partnership with Alliance of Arizona Nonprofits, provides a list of all participating organizations to help businesses and individuals marshal their fundraising efforts to effect change in the Valley and beyond.

I hope this issue of In Business Magazine inspires you to declare a higher purpose for your company.

Adam Goodman, president and CEO of Goodmans Interior Structures, is the third generation to lead the family business. Following the tradition of innovation established by his father and grandfather, Goodman has used his leadership roles to help the company adapt to changing markets and anticipate opportunities for growth. Goodmans is now challenging customers to understand the purpose of office space and to rethink traditional office planning paradigms.

Under Goodman’s leadership, the company has developed many innovative programs to give back to the community and has earned numerous recognitions that include being named in 2014 to the Game Changers 500 list as one of the top 500 companies in the world using business as a force for social change. In 2015 Goodmans became the first Benefit Corporation registered in the State of Arizona.

Community organizations with which Goodman has held leadership positions include the Jewish Community Center of Greater Phoenix, the WP Carey School of Business Economic Club of Phoenix, the State of Arizona Secretary of State’s Commerce Council, First Place AZ, the Phoenix Symphony and Independent Newsmedia, among many others.