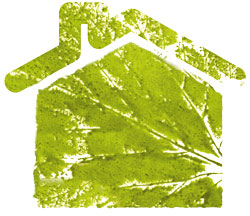 Effects of the new seasonal energy efficiency ratio (SEER) for air conditioning implemented last January by the U.S. Department of Energy are being felt all along the channel, from manufacturer to distributor to contractor to purchaser. Noting that the previous change, in January 2006, had met with considerable resistance in the industry, Dan Burke, chairman of Goettl Good Guys Board of Advisors — whose experience in the industry goes back nearly three decades — says the process this time of establishing the new SEER was more collaborative. “There was more participation from contractor and manufacturer organizations, and others interested in efficiency programs, such as utilities.” The change this time is less onerous — from 13 SEER to 14 SEER, compared to the 30 percent hike in 2006 from 10 SEER to 13 SEER — but Burke points out another factor as well: “The volume [of usage] is such that the industry and utilities are pushing efficiency improvements.”

What is controversial, however, is the new rules’ regional standards for residential air conditioning equipment (for heating equipment, however, the new standard is uniform across all regions). While the Southwest region is being held to the 14-SEER standard, that is not uniform across the North and South regions. This increases the cost to the manufacturer because, Burke explains, “The changes require additional engineering time for the product development to meet the new cooling and heating standards, which leads to more testing time and life-cycle testing in the manufacturer’s own environmental test labs, as well as more certification and compliance testing by the agencies in their independent labs. Having regional differences also exacerbates the forecasting, production planning, and distribution challenges associated with having different products in the right region in the right quantities.” The cost of the audited product, lab and technician costs, and shipping costs are borne by the manufacturer — and the more different stock-keeping units tested, the greater the costs to the manufacturer.

The new standards are also impacting employment. There is a shortage of technicians with the skills to work with the more efficient, complex systems. Technical schools in Arizona such as the East Valley Institute of Technology and organizations such as the Electric League of Arizona, among others, are strengthening their curricula and training staffs to address the issue of qualified technicians. Utilities work with the industry by incentivizing the contractors to acquire and use more sophisticated test and diagnostic equipment so the modern systems are installed and serviced to realize their full benefits. And companies like Goettl, which stopped manufacturing in 2007 to focus on the contracting side, installing and servicing the units, are making a big investment in training technicians to maintain these upgraded products.

Editor’s Note: Goettl was an early proponent of energy-saving measures and one of only two manufacturers that supported the 2006 standards change; Goettl’s chief engineer chaired the industry committee that developed the test standards to certify the 13-SEER equipment.