You are here: Home / In Business / A World of Difference in Leadership
In Business  |  Roundtable  |  May 2018

A World of Difference in Leadership

What’s the impact of gender and culture on leadership style? 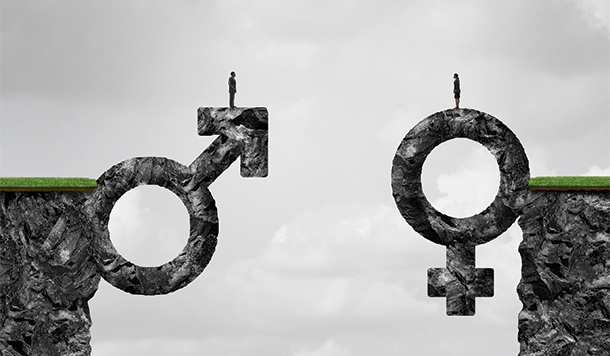 Leadership has been a hot topic for several decades, and the ways women lead has landed at the top of the discussion.

Although the pace has been less than dazzling, women have found their footing in every level of existing organizations or have created organizations to provide an environment suitable for them. I should know. I was one of the women who founded a company and built my future. I also founded a movement to lift awareness in the community about the leaders there who happened to be women.

What started as a local effort to increase the numbers of women in influential positions has become a force with a global reach. The organization, ATHENA International, has become a wellspring of knowledge about leadership and women.

One of the great discoveries during this journey has been about gender differences in approaches to leadership. Women have been using tools that are not part of traditional practices. To verify this, we studied women from across the U.S. who had been honored for their leadership and found eight distinct strengths they used to be effective, calling our findings the ATHENA Leadership Model.

Traditionally, leadership is hierarchical, like a ladder. Everyone is ranked according to title and position, the people at the top having the most authority and power. Everyone learns the traditional way; most of our institutions use that structure, perhaps first drawn from the military centuries ago. It provides an understanding and cohesion for order within groups.

In contrast to that, the ATHENA Leadership Model (ALM) is like a circle, people working side by side with a focus on the project rather than the importance of any individual. This leadership is also ages old, drawn from women who typically had fewer resources and less independence. They relied upon each other for work that needed many hands. The fact that women’s ways of leading remain fully alive and effective, even hailed as transformative leadership in the 21st century, is amazing.

How does the ALM resonate elsewhere? How much is leadership affected by cultural influences? These questions are taking on a higher degree of importance as the wonders of technology shrink the world. In 2017, the ATHENA philosophy, the award and the ALM were the primary focus during the SHE POWER professional women’s conference in Shanghai. This provided an opportunity to see the impact of China’s culture on the way this model works:

The idea of “Living Authentically” is not in the Chinese lexicon. For American women, it means knowing oneself and one’s values, then living those values. Chinese culture has far less individuality. Values are collectively uniform within the group. For most Chinese women, a personal internal assessment of “Who Am I?” is not appropriate or valued.

“Learning Constantly” is highly valued in China. Getting into a good university is exceedingly competitive and education is a key component for providing family support and finding a good partner. The literacy rate in China among millennials is 99 percent, markedly higher than in the U.S. Learning in Chinese culture can be singularly focused upon advancement, rather than for personal interest or the pleasure of expanding intellectual breadth.

Building “Relationships” and “Fostering Collaboration” resonate in both cultures. In China, collaboration is almost ingrained in the culture. Everyone works together toward a common goal, often prescribed through social media, which is controlled by the Chinese government. Here, the rise of the hashtag movement demonstrates the dramatic force of collaboration, amplifying the power of women’s voices, largely through social media. In one place, collaboration is a managed state-run dynamic, in another, one voice multiplied by thousands becomes a catalyst for change.

The most difficult principles of women’s leadership in China are “Acting Courageously” and “Fierce Advocacy,” particularly in public. An idiom “Shoot the bird who takes the lead” captures the reality that challenging cultural norms can land a person in prison. One place courage shows up is in entrepreneurial endeavors. In China, three-quarters of new entrepreneurs are women. As a long-time entrepreneur myself, I can attest to the courage required to risk reputation and resources to create a new business regardless of the culture.

Many college-age Chinese women are coming to the U.S. for further education, absorbing values and taking some cultural practices back, including women’s leadership strengths. The pace of change is slow, but China recognizes that aspects of Western culture are coming.

For women in both countries, recognizing and honoring our differences opens the possibility for a powerful international collaboration that will benefit all of us. 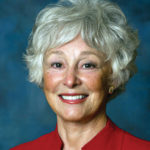 Martha Mayhood Mertz is the founder of ATHENA International, an organization devoted to developing, supporting and honoring women as leaders; a successful entrepreneur; and the author of Becoming ATHENA. Since 1982, ATHENA International has recognized 7,000 women leaders in more than 500 communities worldwide based on the ATHENA Leadership Model, a distinctive approach for effective leadership in the 21st century.