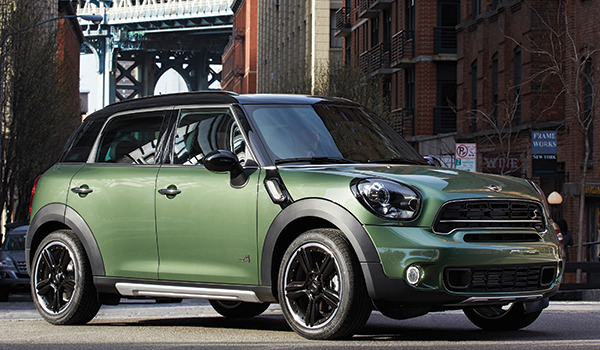 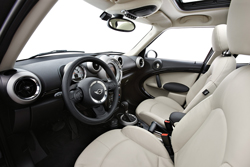 Four is key in this four-door and all-wheel-drive MINI. The MINI Cooper Countryman All4 is equipped with a turbocharged, 16-valve alloy engine that promises enhanced performance while consuming less fuel. The engine outputs 181 horsepower with 177 lb-ft of torque. The speedy movement of this tech-savvy engine is called an engineering marvel as it packs a punch, taking with it this roomy all-wheel-drive MINI. Plenty of cargo space and a 5-seat configuration make the Countryman a viable option for the family or couple who will be off-roading and going on adventures often.

The 6-speed automatic transmission with paddle shifters gives smooth gear change and lets the driver choose between optimum performance and speed or letting the car simply do its thing. Perfect for both city and the curvy country road, maximum control is apparent and makes for an exhilarating driving experience. The Dynamic Stability Control comes standard and uses sensors to measure acceleration while manipulating engine torque and can even brake a single wheel at a time.

Technology on wheels is the mantra as the MINI Cooper is equipped with some of the most advanced technology and specializes in keeping occupants connected with social media, geographically present with navigation, and entertained with the audio package. Driver distractions are kept to a minimum with the minimized gauges and controls that are strategically placed for accessibility.

The interior is a marvel, with sophisticated lines and leather-trimmed accents and seating. The rich color options, like “coffee” and “championship red,” make this a designer’s dream. Other design options include black-checkered or black piano-dash surfaces and chrome trim.

Finally, the famed appeal of the MINI Cooper is the rounded edges and retro detail that meets contemporary design so well. The color packages and options range from racer stripes to bonnet color offsets and can include chrome trim, roof rails and the All4 exterior styling. This off-road styling is rugged, with matte silver finish accents lining the base of the vehicle and bumpers.

In 1957, Sir Leonard Lord of the Morris Company issued his top engineer, Alec Issigonis, a challenge: design and build a small, fuel-efficient car capable of carrying four adults, within economic reach of just about everyone. As fate would have it, the challenge of fitting so much function into such a small package inspired a couple of historic innovations.

Fast forward to 1999: More than 5 million Classic MINIs have found happy homes around the world, leading a panel of 130 international automotive journalists to vote MINI “European Car of the Century.” In fact, only Ford’s Model T received more votes for the global title.

In October 1999, just a few days before the final Classic MINI rolled off the production line, the concept for a new MINI was unveiled at the Paris Auto Show. The distinctive design and personality were immediately recognizable, but it was clear the new model had also taken a healthy dose of automotive steroids.