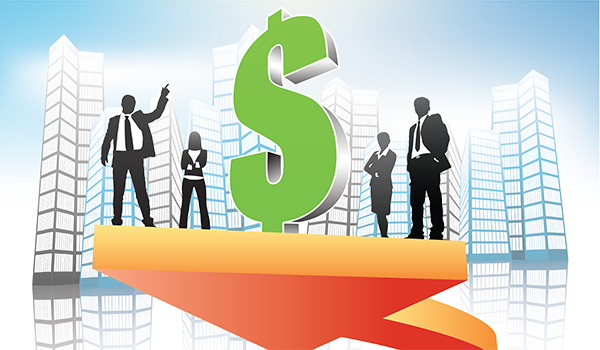 Ten years ago, the business world couldn’t stop talking about teams. Remember all those slightly cheesy posters that showed rowers rowing in perfect sync or maybe just close-ups of interlocked hands? As we saw it then, teams of smart, innovative people were how work would get done in the “organization of the future.” Well, here we are in the future, and teams — at least as we knew them then — are becoming as obsolete as fax machines and desktop Rolodexes. Why? Because, like antiquated office tools, teams were set up to fit a workplace environment that no longer exists.

In the past, we played finite games, where boundaries, goals, rules and winning could be constant and reliable. Back then, it made sense that teams had lists of members, regular times to meet, specific goals, schedules, plans and predictable products. Today, this kind of stability is rare. Therefore, teams built on that stability are anachronisms. They just don’t work.

Taking my own schedule as an example, last week I had 21 meetings, not counting the weekend. Each meeting involved different people, goals, products, timelines. Members of what Fast Company has called “Generation Flux” may thrive with this pace and flexibility, but I’m from a slower-paced era. Yet, I have to function in this new kind of work, and so do all the people my life intersects with in all these meetings. So how do we bridge the gap between the old way of doing business and the new?

The answer is Adaptive Action. A model based on a cycle of three questions that are repeated again and again — What? So what? Now what? — it allows both individuals and organizations to engage intelligently with a fast-paced and uncertain world. And it helps groups come together quickly and seamlessly to accomplish tasks — then move on.

What is a CAAN? Basically, it’s a group of individuals or institutions who recognize how a shared interest will be served by sharing resources. Addressing a specific goal, they come together for a short period of time to coordinate data collection (What?), understanding (So what?), and action (Now what?). After a brief encounter, the components are free to pursue other potentially fruitful CAAN engagements.

Recently, a hospital used this approach when it was planning to add a new facility. Over time, the number of people involved in decisions — the project team — got larger and larger. Some people were waiting around for their work to be needed. Others had finished their contributions but still were required to attend team meetings. Managing the players became a full-time job that no one wanted to do. The group met all together to consider other ways to manage their work. They created a CAAN when they:

This arrangement allowed people to know what was going on but to be involved only when they had something significant to contribute.

The approach works across industries and projects. We are currently supporting clients in CAANs to create learning communities in schools, build coherence across prevention networks, harvest lessons from healthcare innovations, deliver revolutionary leadership training, and help build credible influence for a foundation. These groups use Adaptive Action in coordinated networks to accomplish challenging and complex tasks quickly, cheaply and efficiently.

It is simple, even when it isn’t easy. Consider these rules to turn stodgy teams into CAANs:

Synchronize work; don’t delegate (even more!) tasks. Traditional teams generated tasks that would be added to members’ to-do lists. Today, people’s plates are already full to overwhelming. They do not need a team to add to the workload. Instead, when a group comes together, focus on synchronizing their various work rather than creating new task lists and agendas. Align with others to leverage the tasks that are already on the list.

A CAAN adds synergy to current work without significantly expanding demands. For example, when I discovered that a colleague was visiting the U.S. from Finland in the coming month, we recruited him to teach us about a new technology that would accelerate the work on our project while providing feedback and support for him and his CAAN back home. Same time and same place created a synergy that would have been impossible otherwise. This CAAN produced maximum reward for everyone involved with minimum additional investment.

Assess and exploit differences; don’t merely accommodate them. Various kinds and levels of expertise, divergent perspectives and multicultural sensibilities mark the difference between excellent and mediocre performance. And while such diversity maximizes performance in a chaotic environment, it has to be handled wisely. Old-style teams developed skills in “managing diversity,” but that’s no longer enough. The new model is to access unique skills and features as they’re needed, use them to their fullest potential, then release the resources to serve elsewhere.

A CAAN leverages the best of people’s talents by drawing them into one project when they’re needed and sending them to another as needs change. People with special gifts and unique talents are not forced to work outside their expertise, and CAANs aren’t burdened with trying to force-fit people to tasks over the long term. Meanwhile, resources that don’t fit a particular task are not wasted or ignored; they are just invested in parallel CAANs where they can make a real difference.

For example, I recently excused myself from a project when it became clear that art and poetry were required. Neither of those is my gift, so I found it easy to leave that CAAN to others and move on to work that was a better fit for me — and me for it.

Move information; don’t accumulate and hoard it. A sacred service of traditional teams was to collect and document information. Too often, they became “black holes” where important information disappeared forever. The free flow of information is what allows a CAAN to come together, do its work, and move on. Negotiating opportunities, giving and getting feedback, connecting to additional resources, explaining what is (or is not) required — all these functions are central to working in a CAAN. All depend on the fast and reliable transfer of information.

As I prepare for meetings these days, I make two lists: What do I need to know? and What do I know that others need? This simple discipline helps me be a valued player as we share resources to meet shared interests in an ever-increasing variety of CAAN relationships.

Expect self-interest, not dogged loyalty. Even the most fundamental rules of the CAAN game are different from those for a team. Team members felt loyalty and commitment and identity with their mates. They would do their best to meet the needs of their team community. CAAN members have a different motive. They are committed to a larger level of performance that reaches beyond this project or this task, but they also are wisely self-interested.

In a CAAN, people constantly gauge what they have to offer and what they have to gain from the connection. They get and stay involved as long as they are acknowledged for their contributions and are getting what they need. That’s not a bad thing, because CAANs are designed to organize work and maximize productivity, not to provide a sense of social connection or meet the personal and emotional needs of their members.

Even in the most chaotic of times, work will sometimes demand a stable, loyal and familiar group of people, so teams will always have a place in the workplace. In the future, however, these situations will be rare because technology, economy and environment push work to the edge of chaos, and infinite games will become the rule rather than the exception. CAANs provide an alternative for collaborative group work that is adapted to the flux of the future to provide the benefits of shared work and avoid the dangerous pitfalls.

In our chaotic world, old-school teams are going the way of fax machines and desktop Rolodexes. What’s replacing them is a whole new animal of CAANs’ quick-coalescing, quick-dissolving groups. Businesses whose work has already moved into the new and emergent pattern of the infinite game will recognize the benefits and challenges of CAANs, which will help them develop their adaptive capacity. For those who struggle with the transformation of their teams, CAANs will provide a path through the chaos and into a new clarity.

Glenda Eoyang, Ph.D., and Royce Holladay are co-authors of  Adaptive Action: Leveraging Uncertainty in Your Organization.

Dr. Eoyang, founder of Human Systems Dynamics Institute, is a pioneer in the field of human systems dynamics and helps people see patterns in the chaos that surrounds them, understand the patterns in simple and powerful ways, and take practical steps to shift chaos into order. Her clients include Merrill Lynch and Cargill, as well as local, state and federal government agencies in the U.S. and abroad.

Holladay, network director at Human Systems Dynamics Institute, serves as a consultant and coach to help individuals, groups and organizations cope with uncertainty, and her deep understanding of the dynamics of human systems has been a springboard for the development of a number of models and methods.