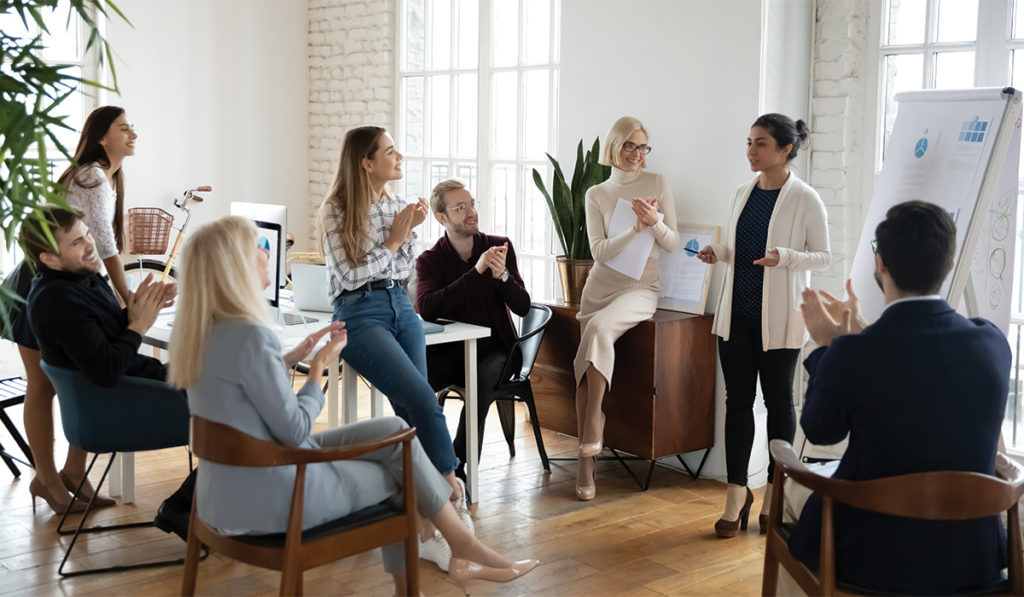 It’s been almost a year since the pandemic triggered broad restrictions and shutdowns throughout North America. It’s time to take stock, to gauge what we’ve been through and learned. The constraints forced upon us ranged from draconian at times to occasionally inconvenient. Yet despite the hardships — or because of them — COVID’s impact has also been enlightening. It has accentuated problems that have lingered unaddressed for too long. Some of these are profound, like the stark social inequalities that have affected everything from testing for the virus to treatment to the way that vaccines are being rolled out.

Other issues are of less consequence but still worth addressing because they affect so many of us and are within our power to do something about. I’m thinking of the ways that remote working has revealed what’s right and wrong with how we get our jobs done. The technology enabling working from home has been awesome, a godsend. The flexibility many have been able to exercise in how and when they get their work done has been a boon. On the other hand, the pandemic has laid bare the folly and wastefulness of many — if not most — meetings.

It’s hard enough to stay engaged in a face-to-face meeting where the purpose is not clear, where attendees are subjected to an endless stream of projected slides while all they can think about is the real work they’re not getting done. Virtual meetings make matters worse. The sterility of flat faces on flat screens, the lack of genuine human contact only heightens frustration and the gnawing feeling that you could be making better use of your time. It has to stop.

It’s likely we’ll be on some form of lockdown through the summer of 2021. If ever there was a time to make a radical shift in how we work together, it’s now. Fortunately, there’s a simple, research-based tool we developed at Mars, Inc. that helps create and run meetings that generate enthusiasm and engagement. It begins with questioning what we mean by “meeting.”

It’s Not about Meeting. It’s about Co-Creation

The word “meeting” is part of the problem. “Meeting” suggests a coming together without specific intent or outcome. We meet over coffee for an idle chat. We might meet and catch up while changing trains at a junction. The social aspect of meeting is deeply human and worthy in itself. But for shared work to feel meaningful and productive, we need more.

Think about the best workplace meeting you ever attended. You left with a sense of accomplishment, energized and wondering why all meetings couldn’t be like that. Odds are that gathering had that something more that workplace groups need: a focus on co-creation.

It was 2015 and the supply chain team I was coaching had been through a rough few months. They had fallen far behind schedule on a critical project. This was before the pandemic but, because it was a global team, they were meeting remotely to figure out what had gone wrong. Their meeting could have easily veered off into a blame game, exacerbated by the limitations of not being physically together. But it didn’t. The meeting had a vitality to it. It was highly interactive. There was conflict but they never lost focus on what they were trying to do together. Time flew by as the team generated the ideas and insights needed to make changes. By the end of the meeting, all seven of them were pumped. For a remote meeting it was impressively productive and I wasn’t sure why.

A week later, I followed up with the team leader who had designed the session with minimal input from me. I asked her how she had gotten it to work so well. I was stunned when she told me she wasn’t sure why, either.

Together, we reviewed her largely intuitive planning process. What she and I eventually landed on was strikingly simple. That meeting had two things going for it that most meetings do not. Based on her preparation, she and the team knew precisely:

It seemed too easy. So, I tested this two-question approach with other teams. While not every meeting I helped plan was as successful as the one I just described, the results were similar. Problems were solved, decisions were made and teams left energized and gratified. These teams went from holding typical meetings to engaging in outcome-focused co-creation using what we at Mars came to call O2 Deliverables.

Because they’re focused on co-creation, great meetings are both productive and engaging. They are 1) built around clear, tangible deliverables that 2) everyone present has a stake in addressing. These two elements form the basis of O2 deliverables that I use with teams today.

Each O2 deliverable includes an Objective and an Opportunity. The Objective describes generally what is being created or achieved. For example, the team might be:

The second O, Opportunity, refers to the specific benefit being sought from the deliverable. This should be set up as a “from–to” statement. For example, maybe the need is to decide (the Objective) how to move from having three packaging vendors to having a single vendor (the Opportunity). In the case of the supply chain team, they had to identify root causes (the Objective) of the delay so that they could go from missing a critical commitment to on-time, flawless delivery of the project (the Opportunity).

O2 deliverables create maximum clarity about what a team intends to accomplish and what meeting success looks like. They also have other benefits. For instance:

O2 deliverables work whether used to tackle high-stakes issues or less crucial matters. Meetings may be built around one O2 deliverable — as with the supply chain team — or several. For instance, a team may need 1) to do some problem solving, then 2) create a plan to implement solutions, and then 3) make a decision about who will take the lead. Each of the three deliverables needs its own O2 statement. The key is to take a few minutes while planning the meeting to clarify precisely what the team must deliver and the impact it will have when they get it right.

With variants of the COVID virus appearing around the globe, there’s no telling how much longer work-from-home orders are likely to be with us. We can seize this moment to make long-overdue changes in how we convene to work together. None of us wants or needs to wade through day after day of tedious remote meetings. For any meeting of 15 minutes or longer, use the O2 framework. This one easy tool focuses collaborative efforts precisely where needed while ensuring only the right people are involved. Pandemic or not, leaders can use it to create meetings that deliver results and leave people feeling buoyant and excited about themselves, their work and their team. There’s no transformation more needed and no tool better suited to the task.

Carlos Valdes-Dapena is a renowned speaker, bestselling author, and corporate leader with 30 years of experience in collaboration innovation at organizations that include Mars, Inc. and IBM. As founder and managing principal of Corporate Collaboration Resources, Valdes-Dapena has a reputation for challenging the conventional wisdom of corporate team building. His groundbreaking strategies empower teams to become more connected and productive.