At Risk for ADA Lawsuit? 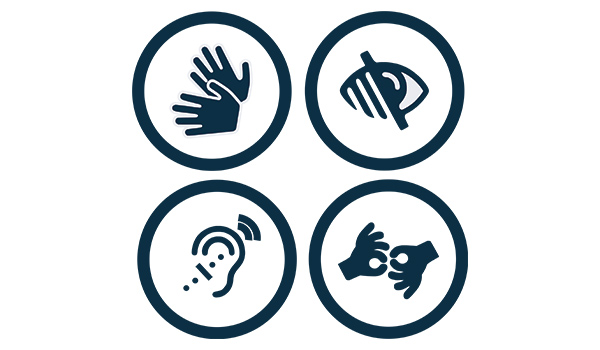 Theresa Brooke, one of the most prolific ADA plaintiffs in the country, has returned to Phoenix after an 18-month hiatus and begun filing another wave of lawsuits under the Americans with Disabilities Act against the hospitality industry.

Arizona hotel owners remember Theresa Brooke — she sued more than 125 of them in 2015 for failing to install wheelchair-accessible pool lifts. Her lawsuits caught the hospitality industry off guard and many hotels opted to quickly settle to avoid the expense of protracted litigation. This “success” appeared to embolden Brooke and her attorney, Peter K. Strojnik. Over the last 18 months, Brooke filed more than 450 “pool lift” lawsuits against hotels in California.

Recently, Brooke has returned to Arizona with a new set of ADA lawsuits against the hospitality industry, focusing on hotels’ online reservation policies. Brooke’s lawsuits allege that the failure to allow her to reserve an accessible guest room online violates the ADA.

She cites a federal regulation which provides that public accommodations that operate a place of lodging must modify their policies to ensure individuals with disabilities can make reservations for accessible guest rooms during the same hours and in the same manner as individuals who do not need accessible rooms [28 CFR § 36.302(e)(1)]. This regulation went into effect March 15, 2012.

There is very little case law interpreting § 36.302(e), but Brooke alleges the regulation is unambiguous — if a hotel allows online room reservations, it must also allow persons with disabilities to reserve accessible rooms online. The same goes for reservations made over the phone, in person, etc.

As usual, Brooke’s lawsuits demand the hotels fix the alleged violation(s) and pay her attorney’s fees.

These lawsuits are unique because she has filed them in the U.S. District Court of Arizona but the defendant hotels are located in Colorado and California. She alleges that, because she tried to make the online reservation from her home in Arizona, her claims can be brought in Arizona. If she is successful in getting the federal court in Arizona to exercise jurisdiction over these out-of-state hotels, it is possible that Brooke could file suit against thousands of hotels across the country without ever leaving Arizona.

While most ADA accessibility lawsuits target brick-and-mortar buildings, a handful of Arizona businesses (and a growing number of businesses across the country) have been sued for failing to provide websites that are accessible to individuals with visual or hearing impairments.

Whether websites are considered “public accommodations” under Title III of the ADA is an emerging — and largely undeveloped — area of law. The Ninth Circuit Court of Appeals has held that a public accommodation must be an “actual, physical place.” Thus, website accessibility lawsuits against Facebook, e-Bay and Netflix were all quickly dismissed by the courts.

Business websites that have a sufficient “nexus” to an actual, physical public accommodation, however, require a more nuanced analysis, and courts have disagreed on how to apply a law enacted in the pre-Internet era to the current digital age. Unfortunately, the Department of Justice hasn’t yet issued regulations regarding website accessibility, so proactive businesses are left speculating as to how to make their websites ADA compliant.

While the Arizona legislature recently enacted tough legislation — including a notice and opportunity to cure period — in an attempt to curb serial ADA litigants, that legislation affects only lawsuits brought under the Arizonans with Disabilities Act (AzDA). Brooke is avoiding the AzDA by filing her lawsuits in federal court — choosing to litigate under the ADA, a federal law.

There has been some movement on ADA reform at the federal level. In September 2016, Arizona Senator Jeff Flake introduced the ADA Education and Reform Act, which provides for a 120-day notice and opportunity to cure period before an ADA accessibility lawsuit could be filed. Another effort to curb ADA abuse, H.R. 620 was introduced by members of Congress from Texas and California; so far, neither bill has passed the House or Senate.

Lindsay Leavitt is a business litigation attorney at Phoenix-based Jennings, Strouss & Salmon, PLC, who has defended hundreds of businesses and commercial landlords in lawsuits arising under the Americans with Disabilities Act. He also regularly assists businesses with ADA compliance matters and provides advice on preventive measures.