The shift now is away from an annual review

Evidence from a recent survey by Gallup and others has found that two-thirds of organizations feel their performance reviews are not effective. Described as “subjective and highly ambiguous,” performance reviews can be a very impactful tool when used appropriately, but, as this research shows, most companies say they are falling short of the mark.

As a response, some employers are eliminating the annual performance review. However, we don’t see that as a good solution for the vast majority of companies. Without an annual review — even if it’s just a compilation of more frequent ones — it’s very difficult for employers to work on merit pay increases.

Modern performance reviews are largely based on the merit system used by the military in World War I – a system that has not grown adequately to suit the needs of today’s corporate structures. The original idea was, workers were so plentiful that poor performers needed to be identified from efficient workers so the former could be replaced and the latter promoted. This mentality is slowly dying as the labor market tightens up.

Employers are now more concerned with coaching poor performers instead of replacing them immediately. Annual reviews are less effective in this regard, since their primary purpose is to hold employees up to what is, typically, a quantitative standard rather than to assess granular performance and insert coaching opportunities.

That’s where frequent check-ins come in.

Employees can, and should, still set attainable goals for themselves each year related to their performance, but examining that growth annually may do them a disservice. “Frequent check-ins, such as monthly or bi-weekly, allow employers the chance to nip any emerging issues in the bud and let employees receive coaching when it’s actually relevant. Moreover, checking in with an employee more frequently can build a lasting rapport with the company and strengthen company culture.

To get started, employees should first develop a goal for themselves for the year. It could be related to performance or some other aspect that’s important to the company where they work, like growing a particular skill. Next, managers should schedule individual meetings at set intervals throughout the year to check in on the progress of the goals. The meetings are also an opportunity for employees to receive feedback in any areas where they’ve fallen short, such as not achieving a goal or milestone on time.

Frequent check-ins might not be the best option for every business, but having even a few meetings before an annual review could improve employee growth and rapport. These check-ins, which are often paired with a final annual review, show employees that their employer cares enough about their development to give them time to discuss it throughout the year. People, on average, spend around 260 days at work each year. It’s reasonable to assume employees would want their manager to take an interest in their development more than just once a year. 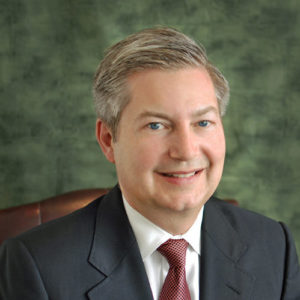 Rob Wilson is president of The Wilson Companies, whose affiliated firms include national employment solutions firm Employco USA, Inc.. Together, The Wilson Companies provide HR and insurance solutions to businesses throughout the United States. Employco USA, founded by Wilson in 1996, was recognized in Inc Magazine in 2015 as one of the fastest-growing companies in America. Wilson, who received his Bachelor of Science in marketing from Bradley University, is a high-energy leader and an ambitious entrepreneur. He is frequently interviewed by news publications and is a sought-after public speaker. He has been quoted by Fox News, The Wall Street Journal and Forbes, among others, and was honored as a finalist for both Ernst & Young (Entrepreneur of the Year competition), and Business Ledger Magazine (Today’s Young Executive competition).