Hiring on the Right Side of the Law

There are myriad rules and regulations governing the hiring process 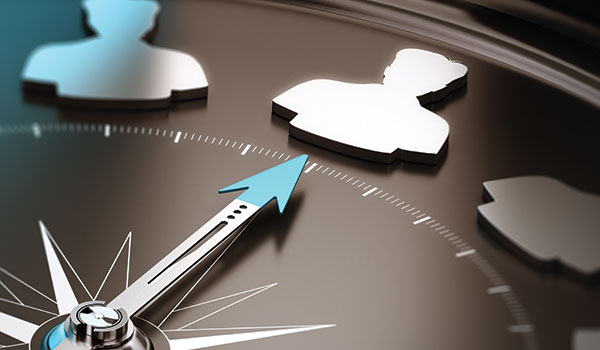 The gamut of issues businesses must properly navigate when bringing on a new hire ranges from background checks and social media history to drug testing to treatment of disabled and other specific classes of workers — and the correct approach is not necessarily intuitive. In some cases, the law is downright confusing, such as the rules around E-Verify. This national database of individuals who may legally work in the United States was created to be a resource for businesses to use voluntarily. But Arizona’s Legal Arizona Workers Act, passed in 2008, made participation in E-Verify mandatory for businesses large and small. “Arizona employers must run the I-9 form through the E-Verify system within three days of an employee’s hire,” says Craig O’Loughlin, a partner in the Phoenix office of Quarles & Brady.

Visas also require an I-9 form, and Lisa Coulter, an attorney in the Phoenix office of Snell & Wilmer, notes it is important for an employer to pay attention to the kind of visa: what kind of work authorization an employee has, whether it is an education visa, and when it will expire. If a foreign national has applied for a visa but does not yet have it, Coulter says, “It’s risky to hire hoping they will get it.”

There has been a huge increase in raids by U.S. Immigration and Customs Enforcement for employee records, according to Coulter. And the action is beginning to be more critical than previously. “In the past, ICE would give notice that it will be reviewing a company’s employment records, giving businesses time to make changes and correct them,” she says. The trend now, however, is to freeze the records as of the notice, and the penalties for mistakes can be in the hundreds of thousands of dollars. “It’s important that businesses constantly review and monitor the I-9 records, and make sure the person doing them is properly trained,” Coulter says.

An employer who runs a background check on new hires which includes credit history information must always be aware of the rules under the Fair Credit Reporting Act, O’Loughlin notes. The FCRA requires the employer to get written permission and — an important step that O’Loughlin says it seems many employers fail to do — if the employer then decides for any reason to not hire the applicant, that employer must provide notice to the person as to the reason he wasn’t hired, give him a copy of the report, and give him an opportunity to dispute the accuracy of the report.

Additionally, O’Loughlin says, many states have enacted “mini FCRAs” that add more protections for the individual. While Arizona is not one of those states, their rules can apply to Arizona companies doing business there. California, for instance, requires an employer to give an applicant a copy of anything the employer sees with relation to any type of consumer reporting as well as a copy of the individual’s rights under the law — and O’Loughlin notes the statute is written to apply to California companies no matter where they do business and to out-of-state companies doing business in California.

Social media is another area fraught with potential landmines. Accessing an applicant’s social media history may be seen by an employer as offering insight into how well the individual might fit into the company culture, but another result could be opening the employer to a charge of discrimination.

There are states that have laws expressly forbidding employers from asking for access to an employee’s social media accounts. Arizona is not one of those states, but such access could still create problems. “It could stifle speech to refuse to hire people who are doing nothing more than exercising their rights,” O’Loughlin says. Plus there is a concern regarding the information an employer could get, such as learning about a disability. Explains Coulter, “An employer might see the applicant is a member of the Diabetes Association or has a spouse in a wheelchair. That may not be the reason for not hiring that person, but it allows the person to make the claim that it’s the reason he wasn’t hired.” It opens an employer to claims he would otherwise not have to deal with. “Just because you can get information doesn’t mean you should,” Coulter observes.