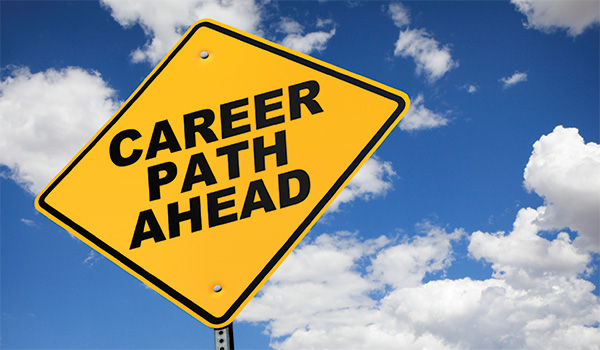 They come into the work force with a strong goal and task orientation, bringing an ethic of hard work, discipline and the ability to lead a team. This, explains Mike Hadley, financial advisor talent acquisition recruiter for Edward Jones, is why his company actively seeks out returning military men and women. “Edward Jones puts the needs of the client first, and where else but the military do you get this spirit of service excellence?” he asks.

“They’re ideal [employees] with respect to being someone focused on getting things done, being able to work and adapt. It’s what they’ve been doing when they’ve been deployed,” says Scott Essex, chairman of the Arizona office of Employer Support of the Guard and Reserve. Established as a Department of Defense agency 40 years ago, ESGR advocates relevant initiatives, recognizes outstanding support, increases awareness of applicable laws and resolves conflict between service members and employers.

Few employers, however, expressly seek out returning military, Essex notes. “Only 5 percent of employers across the nation employ Guardsmen and Reservists. Some don’t know how to go about hiring or looking for service veterans,” he says, naming Edward Jones, Chase Bank and security companies among the few that do. “They need to know avenues to approach.” ESGR Arizona’s job fairs, which it holds in locations throughout the state, are one such avenue.

“We don’t see employers champing at the bit asking for veterans,” says Trina Jenkins, special program supervisor for Maricopa Workforce Connections. And many veterans, she’s found, lack the skills needed to effectively search for a job. The military may have been their first job, so they need assistance with such basic steps as writing a resume — and not in military language — composition and typing. And, because so much of the job search and application process is now done online, they may find it intimidating. Herself a veteran, she oversees the establishment of satellite offices of MWC’s one-stops in such access points at churches and community colleges. The types of jobs she’s found veterans most interested in are IT, security, healthcare and truck driving. These build on skills they developed during their military service, but Jenkins says those who worked on the front lines, such as in artillery, will most likely need retraining for civilian employment.

Edward Jones’s program recognizes that the veterans they recruit may not have a background in financial services, and in April launched its FORCES program to provide more hands-on training in product knowledge and tool training — as well as special compensation to give them the stability of an income in their first years of growing their business, to help them transition back to civilian life.

Unemployment among Arizona veterans, Reserve and Guard, according to comprehensive ESGR estimates, is currently a whopping 13.5 percent. Because of the high unemployment rate facing veterans upon their return to civilian life, ESGR added job placement activities to its programs. Educating employers about the professionalism of service members is among its goals, and it will take employers to military bases — even land on an aircraft carrier — to show them the training military members go through.

Paramount to ESGR’s mission is encouraging employment of Guardsmen and Reservists — nearly half of the U.S. military — and promoting the integrity, global perspective and proven leadership they bring to the civilian work force. Free symposia and hot lines offer employers information on what to look for and how to deal with issues of mental health, physical health and spiritual health as well as the rights and responsibilities of employers under the Uniformed Services Employment and Reemployment Rights Act. ESGR’s ombudsman program works with employers over issues of employee time off for Guard or Reserve duty and how to reinstate employees when they come back from military service.

Among ESGR’s many recognition programs is the Defense Employer Support Freedom Award, the DoD’s highest recognition given to employers for exceptional support of Guard and Reserve employees. Centerline Mechanical, L.L.C., of Cave Creek, was a finalist this year for the award, one of 30 selected by a review board comprised of military and civilian leaders from 3,236 nominations received from Guard and Reserve service members or family members acting on their behalf. “These 30 finalists span the diversity of America’s work force and prove every employer can go above and beyond for our Citizen Warriors,” says ESGR National Chair James G. Rebholz.