File this Under: The Complexity of Managing Personnel Documents 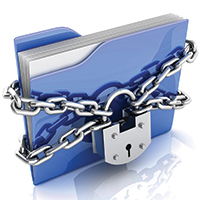 The basic management of personnel files used to be pretty simple: Collect some basic information and stick the files on a shelf somewhere. Today, the matter of collecting and storing private employee information is not as simple, even with the available option of going digital.

For example, today’s employers and human resources managers have to track immigration forms, Equal Opportunity Employment records, hiring records (including interview notes), payroll and tax records, medical records, investigation or litigation records. Those have to be separated from job descriptions and records related to promotions, demotions, discipline and termination, as well as performance evaluations, education and training documents and letters of recognition. That adds up to a mass of files and hundreds of hours of storing, sorting and tracking.

So companies have to be on the lookout to ensure they are following the law and to avoid the increasingly common business mistake of not including the right information or of improperly storing their personnel files. “The failure to properly maintain personnel files creates the potential liability for employers with state and federal governmental agencies in a wide variety of circumstances,” says Sam Coffman of Dickinson Wright law firm in Phoenix. “For example, the failure to properly maintain time records could lead to potential liability under the Fair Labor Standards Act in actions brought by the Department of Labor or civil actions by employees.”

Sherry Downer of Fennemore Craig law firm, which has offices in Phoenix, Tucson and Nogales, represents companies on employment matters and helps them understand how critical it is to properly maintain files — from documenting employee performance to making sure that documentation is filed in the proper place and is accessed by the right people. “Documenting personnel matters, first of all, is especially critical. And once you’ve documented what’s going on, employers need to make sure that that documentation is properly maintained,” Downer says. “So the actual documentation and the maintaining of the personnel file is important because it impacts the employer’s ability to manage and discipline employees. Also, it affects their ability to make personnel decisions and can affect audits and employee claims.”

So it follows that if an employer fires someone, he’d better have documented a record of poor performance and properly stored the file. Downer notes that juries aren’t typically sympathetic to companies whose personnel file management isn’t up to snuff. “I’m aware of past studies showing that 90 percent of jurors believe the company’s negligent if it does not properly document performance problems,” she says.

Coffman points out a potential discrimination claim could come from an employee whose employer had private medical information in a file and allowed unlimited management access to it. A supervisor, acting on that confidential medical information, might take adverse action against the employee as a result, opening the possibility of a legal claim by the employee.  In order to avoid potential liability, Coffman emphasizes sharing medical information only with those who “need to know.”  In fact, Coffman cites the storage of medical records as the most common example of improper file storage. Smaller companies tend to “throw everything in one bag,” he says. “Medical records should be kept separate for a variety of reasons.  Employers who are covered by the Americans with Disabilities Act (ADA) are required to store medical records separately from other personnel records.  Under the Health Insurance Portability and Accountability Act (HIPAA), an employer who offers group health plans may have confidentiality requirements as well.  Also, if you do drug testing under Arizona law, those results should be kept separate.”

How companies decide to store their files can vary. The key is being aware of and following legal requirements. Says Downer, “Employers often have their own unique file practices. It may be paper, it may electronic, it may be a combination of both — but what’s most important is not necessarily the number of people overseeing the storage system but the actual maintenance, security and access requirements that are established and followed.”

The following documents should not be kept in the personnel file:

D. Samuel Coffman is an attorney with Dickinson Wright in Phoenix. He practices primarily in the area of employment law, including the representation of private businesses, tribal entities — including casinos and telephone companies — and municipalities. His practice emphasizes advising employers in employment-related law, and his experience includes conducting investigations; handling discrimination charges; and defending all types of employment-related litigation in state, federal and tribal courts.

Sherry Janssen Downer is the owner of the Law Office of Sherry J. Downer PLLC, a law firm specializing in employment and labor law. She has been recognized as one of the Best Lawyers in America for Employment Law-Management since 2014, is rated AV-Preeminent, the highest Martindale-Hubbell peer rating available, and has been recognized as a Southwest Super Lawyers “Rising Star” in Employment Litigation: Defense since 2013.