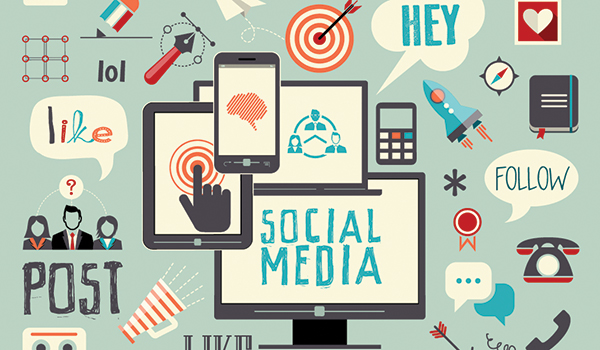 Social media is increasingly ubiquitous in the corporate world. From marketing campaigns to talent acquisition, today there is at least some social media component in almost everything a successful company does.

Yet, despite the prominent role social media plays in modern business, it retains something of its origins among college students and garage bands. The professionalism and safeguards of the now “old-fashioned” written work are increasingly elusive. Employees frequently make personal social media posts about their co-workers or their working conditions. Even when employees see this as nothing more than blowing off steam, they can significantly harm a company’s reputation.

In Hispanics United of Buffalo, Inc., the NLRB addressed a case involving a co-worker who complained about his working conditions by writing a Facebook post in response to another employee’s earlier social media complaint.

The NLRB gave consideration to the portion of the National Labor Relations Act that allows employees to speak about improving workplace conditions. While the Act does not necessarily protect individual action, it does protect “concerted activities.” Concerted activities may be defined as those activities “engaged in with or on the authority of other employees, and not solely by and on behalf of the employee himself.” Clearly, the subject employee was not the only employee posting about work conditions. In addition, his co-worker had invited the discussion of workplace conditions through the earlier post. The NLRB found this constituted concerted activities or group action on behalf of the employees and the employees were protected under the NLRA. It was unlawful to terminate the employees who had engaged in the Facebook discussion.

In the case of JT’s Porch Saloon & Eatery, the NLRB dealt with a related situation in which a bartender complained about his working conditions and the bar’s customers in a Facebook post to his stepsister. JT’s dismissed the bartender after learning of the social media posting.

The NLRB found JT’s decision to terminate the bartender was lawful because he was acting “solely by and on behalf of himself” rather than in concert “with or on the authority of other employees,” and his stepsister was not a co-worker.

In the case of Three D, LLC (Triple Play Sports Bar & Grille), a former employee of Triple Play posted on Facebook, “Maybe someone should do the owners of Triple Play a favor and buy it from them. They can’t even do the tax paperwork correctly! Now I OWE money.” Another employee saw the Facebook post, and clicked “like.” A third employee stated, “I owe too. Such an [expletive].”

The NLRB found all of these social media interactions were protected and were part of an “ongoing dialogue among employees about tax withholding.” The Facebook activity in this case was “concerted” because it involved several current employees and was “part of an ongoing sequence of discussions that began in the workplace about Triple Play’s calculation of employees’ tax withholding.”

Social Media Code of Conduct Not a Panacea

In Chipotle Services LLC dba Chipotle Mexican Grill, the NLRB analyzed Chipotle’s employee social media code of conduct, which stated, “You may not make disparaging, false, misleading, harassing or discriminatory statements about or relating to Chipotle, our employees, suppliers, customers, competition, or investors. You alone are personally responsible for your online activity.” A Chipotle crewmember tweeted several times on Twitter. One tweet included a news article concerning hourly workers having to work on snow days when certain other workers were off and public transportation was shut down. He also tweeted the communications director for Chipotle requesting a “snow day for top performers.” In other tweets, the employee responded to customers.

Outside of the social media context, the employee had also been involved in talking to other employees, soliciting their signatures for petitions to provide a positive workplace, and discussing the length of breaks with Chipotle management. Following the Twitter posting, Chipotle informed the employee he had violated company policy and he was terminated.

The NLRB found the termination unlawful. In addition, the Board found the provisions of the social media policy could not prohibit employee activity that was protected under the NLRA. The policy was unlawfully applied to restrict the employee’s exercise of his rights.

The difference between concerted employee activity and a lone wolf engaging in disparaging comments can be nuanced. A strong social media code of conduct may be a helpful tool to set expectations, but can, itself, run afoul of the NLRA. Meticulously investigating and considering all the specific facts and circumstances and then comparing them to the test cases above can help keep a company from being the next NLRB test case. But it is important that employers recognize there are no easy answers when an employee posts something questionable on a social media platform.

Tophas Anderson is known for his dedication and commitment to clients. An attorney with Renaud Cook Drury Mesaros, he has defended clients across numerous industries in matters ranging from employment law, healthcare litigation, personal injury litigation, and medical malpractice. He works closely with clients to help them avoid legal pitfalls, and, when needed, defends clients in trial.

Tamara Cook is an equity shareholder of Renaud Cook Drury Mesaros, where she has been practicing law since 1994. Over her 25-year career, Cook’s diverse law practice has included employment law, commercial transportation, regulatory audit support and compliance and tort litigation. She is a seasoned and successful trial lawyer in both Arizona federal and state courts.