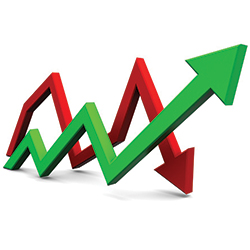 With employee health continuing to be an important focus for employers, recognizing the direct correlation to productivity and healthcare premiums and thus profitability, the 27th America’s Health Rankings Annual Report® recently released by United Health Foundation has both good news and bad. The report — which is prepared through an analysis of 34 measures of behaviors, community and environment, policies and clinical care data — points up many years of success against public health challenges that include smoking (41 percent decrease among adults since 1990), preventable hospitalization (35 percent over the past decade and 13 percent in the past year alone) and a high rate of uninsured (35 percent over the past five years, to 10.6 percent — the lowest point in the report’s history). However, key findings show those gains are being undercut now by other serious health challenges.

Hawaii took the honors in 2016 as having the healthiest residents, holding that ranking for five straight years. But its vacation-aura climate is probably not the deciding edge, as the other top-ranking states are, in consecutive order, Massachusetts, Connecticut, Minnesota and Vermont. Arizona lands in the middle of the rankings, its residents’ health moving it up one spot from the previous year to 29th in 2016.

“We have made important strides across the country against public health challenges; however, we are at a crossroads between a healthier future as a nation and a future in which troubling public health measurements become increasingly common,” says Reed Tuckson, M.D., external senior medical adviser to United Health Foundation. “Of particular concern is the first-time rise in cardiovascular deaths, despite all the medical advances in this area. This data provides a roadmap for states, local communities and the public health sector to work together to get ahead of the challenges coming.”