In education, computing and healthcare, GlobalMed’s founder seeks problems — and fixes them 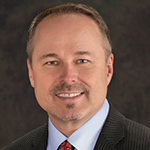 Even as a kid growing up in St. Cloud, Minn., Joel E. Barthelemy had an interest in solving problems. He was one of those types who takes apart a radio or a car and reassembles it — usually correctly — just to see how the pieces fit and work together. His can-do attitude, curiosity and talent for hearing others out has served the self-described “serial entrepreneur” and founder and managing director of GlobalMed, the Scottsdale-based telemedicine company, well in the business world. GlobalMed ranked 95th on Inc. Magazine’s 2012 list of the country’s fastest-growing private companies, and on the magazine’s list of the top 10 healthcare companies, it snagged the No. 7 spot.

“It’s all about listening to what your customer’s pain points are,” Barthelemy says. “I listen to where a given industry is challenged, and then I set out with the engineers to translate a problem into a solution.”

His career track started when he interned at an educational computing company about two years into college. He was soon hired on full-time, and while on the job at a school one day, he witnessed how the company’s user-friendly technology allowed teachers to teach and, more importantly, engaged the youngsters. “All these third-graders were lined up, leaving their classroom,” he recalls, “and their little faces lighted up as they got closer to the computer lab. They were thrilled with learning.” Barthelemy was hooked by their reaction and wanted to create something with a similar effect. “I like to be someone who has impact,” he says.

So when he left the firm after three years, he started his own business, designing networks and new technologies that cost less than competing products. One early client, in fact, was his former employer. In the 1990s, he entered the semiconductor industry after seeing educators get, as he put it, “ripped off” by other firms that didn’t address their needs. To learn about his customers’ needs, he held forums so teachers, administrators and professors could discuss concerns about technology, which at the time focused on computers vulnerable to tampering by students. And so he created a product that made the computers more secure. Business was booming, so Barthelemy began diversifying, investing in a camera company and investigating distance learning. Then, the unthinkable happened.

“We got hit by the dot-com bomb,” he says. “I let people go and shut my businesses down.”

He’d gotten married a few years earlier and the couple had a baby on the way. Times were tough, says Barthelemy, who, earlier in life, had joined the Marine Corps reserves because he didn’t want to reach middle age and realize he’d never served his country.

“I’m a man of faith, and I’ve always believed that I am to continue moving forward,” he says. “And I’ve seen the hand of God in my work.” Like the time, he says, when he didn’t have money for payroll and a customer paid $80,000 in advance. Or the time he emailed a client, half-heartedly inquiring if some figures had been calculated correctly, and the recipient reimbursed him two weeks later for $257,000 because the figures had, indeed, been improperly calculated. “You have to stay the course and turn issues into opportunities,” he says.

That he did. In 2002, he started GlobalMedia Group, L.L.C. (branding it more popularly as GlobalMed), with seven employees and an idea of focusing on imaging and camera technologies. A few years later, Barthelemy’s online friendship with a pathologist turned into a boon for the young company, which found its technology being used to catalog cell structures. A subsequent relationship with another pathologist led to connections at Stanford and Harvard universities, and Barthelemy soon realized GlobalMed’s goal should be to help save lives through better innovative processes. But amid the success, there have been tough decisions, like when company growth outpaced the skills of good personnel. Similarly, the choice to move into medical device manufacturing was not an easy one because of the inherent regulatory and control issues it brings with it, he says.

Today, however, Barthelemy knows he’s made the right choices along the way. GlobalMed boasts more than 100 employees, and assists medical personnel from all over the world as well as organizations like the Veterans Administration. “Our clients all want the same thing: to get the best information in the shortest amount of time and resulting in the best outcomes for their patients,” he says. “And if they can save some dollars, that’s even better.”