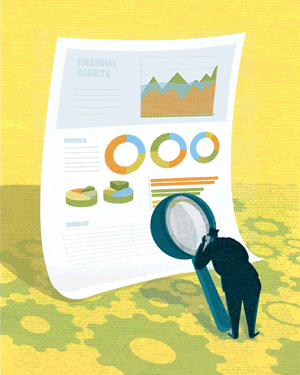 One way employers can keep healthcare costs down is to simply not overpay for the care given their employees. This requires that businesses know exactly what they are paying for, which often depends on specialized knowledge. This is the service niche Mike Dendy created Phoenix-based Advanced Medical Pricing Solutions, in 2004, to provide. Now also operating in the population management realm, AMPS employs physicians to audit itemized statements for errors and overcharges.

Noting that employee benefits is usually a business’s second- or third-largest expense, and citing a study by Equifax and the U.S. Government that found 97–99 percent of hospital bills have errors, Dendy says his company can save an employer group “way over 15 percent” by focusing on process errors on hospital bills.

Instead of accepting the generally one-page “uniform bill” a hospital sends, businesses can ask for an itemized statement. “Everything in a hospital is documented to the nth degree, and that is a voluminous amount of information,” Dendy says.

Hospital care accounts for about 40 percent of healthcare cost, and at times 50–60 percent of the bill may be wrong, according to Dendy. “Insight has been a client for many years, and we have saved them more than $3 million in the last three years — without changing benefits, just making sure they are paying the fair and correct amount,” he shares.