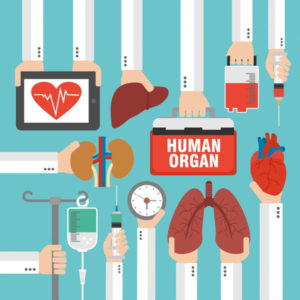 Science Care, the world’s largest whole-body donation program, is a Phoenix-based company founded 18 years ago to address the shortage of human tissue for research and education. “Doctors needed a safe way to train from a well-respected and documented provider of non-transplantable human tissue for research and education,” says CEO Brad O’Connell. “After an extended period of time, research, and communication with parallel industry experts such as the American Association of Tissue Banks, pathologists, state health agencies and other entities, Science Care was born.”

At the same time, the company’s no-cost, whole-body donation offers families an alternative to expensive funeral and medical expenses associated with the cost of dying. O’Connell notes that Science Care’s founder, Jim Rogers, helped people plan end-of-life arrangements and had the foresight to partner with the AATB and a pathologist with 40 years of experience. “From there, individuals behind the company worked diligently to help create the first non-transplant tissue banking standards to ensure consistency and repeatability of all processes that were then documented and could be audited against.”

For the first several years, Science Care was a methodical lab-focused organization. In the last eight years, the company has moved to a client service-focused team. And it has grown, since 2000, increasing from two locations nationwide to six — including state-of-the art facilities in Phoenix, Long Beach, Miami, Chicago, Denver and Philadelphia — and nearly doubling its infrastructure from 70 employees to more than 130.

Science Care partners with medical educators and researchers across all medical platforms, from education institutions and medical device startups to publicly traded companies. Says O’Connell, “We have assisted with programs in over 50 countries and facilitated more than 60,000 donations.”